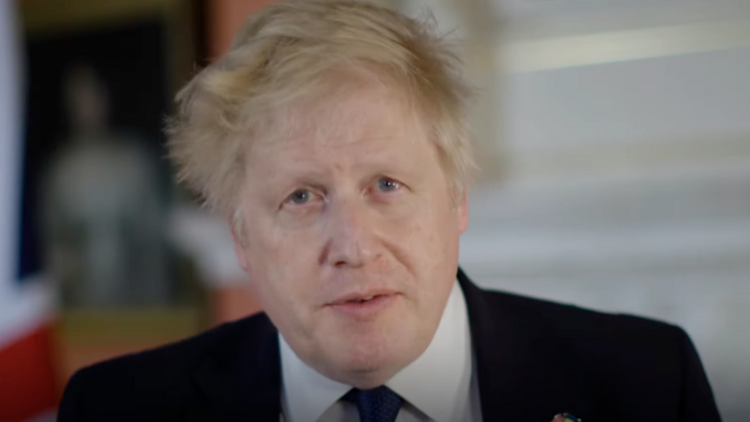 Under the new plans, local people will be given powers to shape planning decisions, in a pared-back set of changes aimed at avoiding the risk of infuriating voters in Tory heartlands by unleashing a building boom.

The government also revealed that a levelling-up and regeneration bill will introduce a “locally set, non-negotiable levy” paid by developers, to deliver infrastructure such as schools and new roads.

Carried-over EU legislation will also be made easier to adapt to – as well as promised legislation to tackle the widely criticised actions of P&O Ferries to undermine minimum-wage law.

Under new laws,  ports  will have the powers to refuse access to ferry services that do not pay an equivalent to the national minimum wage to seafarers while in UK waters.

Two key new bills will revive long-delayed plans first proposed by Theresa May to ban “no fault” section 21 evictions for tenants, though the bill also pledges to strengthen landlords’ rights of possession, introducing new and stronger grounds for repeated incidences of rent arrears and reducing notice periods for antisocial behaviour.

A few new measures in the speech to address the cost of living crisis directly – though the accompanying press releases list the measures the government has already taken, including the temporary energy bill rebate.

Johnson said the country had “risen to challenges with no precedent in recent history” including the Covid-19 pandemic and vaccine rollout, as well as Vladimir Putin’s brutal invasion of Ukraine, the UK’s supply of weapons to Kyiv and the sanctions regime that had been imposed.

But he warned that “economic aftershocks” of global crises meant huge disruptions to the global economy. “No country is immune and no government can realistically shield everyone from the impact,” he said.

Johnson warned in his introduction to the speech there would be a price for further intervention to help with the cost of living crisis. He said: “Every pound of taxpayer’s money we spend on reducing bills now, it is a pound we are not investing in bringing down bills and prices over the longer term.

“And that, if anything, this moment makes clear our best remedy lies in urgently delivering on our mission to turbo-charge the economy, create jobs and spread opportunity across the country.”

Johnson said the speech’s priority was “growing the economy, safer streets and supporting the NHS to clear the Covid-19 backlogs”.

The Queen’s speech also includes significant scope for the government to pursue “wedge issues”, including constraints on legal challenges and a new British bill of rights intended to replace the Human Rights Act. A boycott, divestment and sanctions bill will prevent public authorities, such as councils, adopting their own boycott policies against countries they disagree with.

The proposed bill of rights will “ensure there is a proper balance between the rights of individuals, our vital national security and effective government, strengthening freedom of speech”, the speech said.

The prime minister also said there would be a bill to ban gay and lesbian conversion therapy, which controversially will not extend to trans people. A bill is also proposed to begin the process of selling Channel 4.

In a move to reinstate measures thrown out by the House of Lords in January, the government will announce new offences to stop protesters from “locking on” to infrastructure, extend stop and search powers, and make it illegal to obstruct transport projects.

The public order bill will be aimed at quashing tactics employed by protest groups such as Extinction Rebellion, Insulate Britain and Just Stop Oil.

The Treasury will also introduce a new financial services and markets bill, reforming City regulation to “ensure a greater focus on growth and international competitiveness”