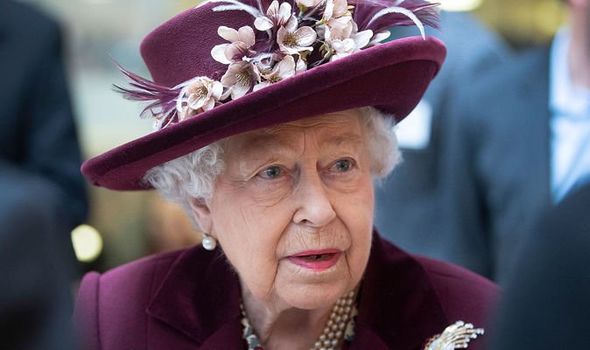 The Queen’s Platinum Jubilee celebrations next year with the four-day Bank Holiday set to be the UK’s largest ever celebration.

Brits will be in special four-day Bank Holiday weekend treat to celebrate Her Majesty’s 70-year reign on the throne.

About 6,500 performers will turn the Queen’s Platinum Jubilee pageant into the “largest ever put on”, an organiser has revealed.

V&A chairman Nicholas Coleridge, who is co-chairing the pageant, said the event on the final day of jubilee celebrations will top those held in 1897 for Queen Victoria.

The Queen is the first British Monarch to celebrate the occasion having acceded to the throne on 6th February 1952, when she was 25-years-old.

An eye-watering £10-£15 million has reportedly been put aside for the weekend of celebrations in June next year. The likes of Elton John, Stevie Wonder and Ed Sheeran will take part in the “historic” celebrations predicted to be even bigger than Queen Victoria’s Diamon Jubilee in 1897.

The celebrations will begin on Thursday with the first Trooping the Colour ceremony since before the coronavirus pandemic.

There will also be a service of thanksgiving for the Queen’s reign as head of state at St Paul’s cathedral on the Saturday.

Over 6,500 street performers will take part in a street parade through London on Sunday, June 5 next year.

Dragons the size of London buses and other beasts as tall as three-story houses will line the streets ad part of the celebrations.

The parade will run through Westminster, down the Mall passing Buckingham Palace and up towards Constitution Hill with people from across the UK taking part in the event.

All 54 Commonwealth countries will also be represented as part of the celebrations.

Dame Helen Mirren and comic actor Stephen Fry have been involved in publicising the event, which will be staged over four nights in the grounds of Windsor Castle next May, and are in discussions with organisers about taking part in the final show.

Nicholas Coleridge, a co-chair of the pageant and chairman of the Victoria & Albert Museum offered further detail at the Conservative Party press conference in Manchester.

He said: “It’s going to be the largest that’s ever put on, larger we think even than that that was put on for Queen Victoria.

“It’s not going to be London-centric. We even have a giant map, making sure that we have people from every part of our country and indeed every part of the Commonwealth.

“We’re going to have people from all 54 Commonwealth countries who are going to be taking part in this astounding parade.”