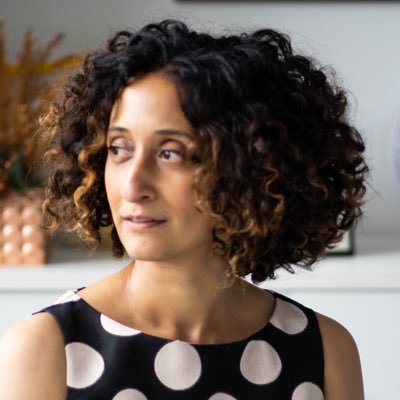 Katharine Birbalsingh, headteacher of the country’s “strictest school”, has been named as the government’s preferred candidate to chair the Social Mobility Commission.

The government said the appointment would help its “levelling up” commitment. Birbalsingh will lead a “renewed focus on areas such as regional disparities, employment, education and enterprise”.

In 2014, Birbalsingh founded the Michaela free school close to Wembley stadium in north-west London- a school that has fluorished in academic performance and good behaviour.

The school is also academically brilliant, with 82% of its six form pupils securing a place at a Russell Group university, including Oxbridge, LSE and Imperial. Students were accepted on to a wide variety of courses including Medicine.

The minimum qualification for entry into the school’s sixth form is 7 GCSEs with an average grade of 7(A), making its selection process of a very high standard.

The school also has a “no excuses” behaviour policy. Pupils who forget to bring a pencil or pen, or  talk in corridors between lessons often face detentions. The school has been described as “outstanding” in all areas by Ofsted inspectors. In 2019, more than half of all GCSE grades were level 7 or above.

Equalities minister Liz Truss, who appointed Birbalsingh, said “by expecting high standards and not indulging the soft bigotry of low expectations she is producing amazing results at Michaela school and giving children the best chance in life.

“She will bring that same attitude to the Commission and be a loud champion of equality of opportunity.”

Birbalsingh, who received a CBE for her services to education last year, said: “As we recover from the pandemic, this is the moment to develop a culture in our society which provides an equal chance for all.

“From education, to early years in the home and onto the world of work, improving social mobility is more vital than ever, and I look forward to taking up this important role.”

Her “immediate priorities” include “developing a sound evidence base from which change can flow”.

“On the one hand, I want to inspire real action that will encourage people to seize the opportunities available to them, and on the other, I want to ensure that the government and other public bodies are delivering on their commitments to providing such opportunities, so that we really can ‘level up’ every region of the UK,” she added.

Birbalsingh will face a hearing in front of the women and equalities committee before being appointed in the coming weeks.

Once her selection is ratified, a public appointments campaign will be run later in the autumn to find new commissioners. Chief Executive of Oldham College, Alun Francis, is to be named deputy chair.

Birbalsingh previously said ‘the woke racists’
Birbalsingh rose to prominence after she told of the country’s “broken” education system at the Conservative party conference in 2010, receiving a standing ovation.

Her appointment is likely to be seized on by critics as another example of the government’s culture wars attack on “woke”.

Earlier this year she said “the woke are racist”. She’s also accused “woke cultural racism” for “mercilessly attacking” black Conservatives who “betray their leftist masters by daring to think for themselves”.

The comments followed the controversial Commission on Race and Ethnic Disparities which was dubbed a whitewash by campaigners after it found the “claim the country is still institutionally racist is not borne out by the evidence”.

Birbalsingh also warned schools in June against teaching about “white privilege all the time [as it] actually undermines black children because it tells them that the establishment is against them”.

Back in 2016, the education reformer told The Sunday Times: “I think all schools should be super-strict. It is about believing that children do best in an ordered and structured environment.”

‘Work will address real, not tokenistic, issues’
The social mobility commission has been led by interim co-chairs Sandra Wallace and Steven Cooper since July 2020.

The government said Michaela’s positive impact on ethnic minority children and the track record it has on social mobility were behind her appointment.

Truss added she was “focused on closing the education gap, employment gap and enterprise gap across Britain”.

“Our equality work will address the worries that keep people up at night – like having a good job and getting their child a good education – not tokenistic issues divorced from their everyday concerns.”