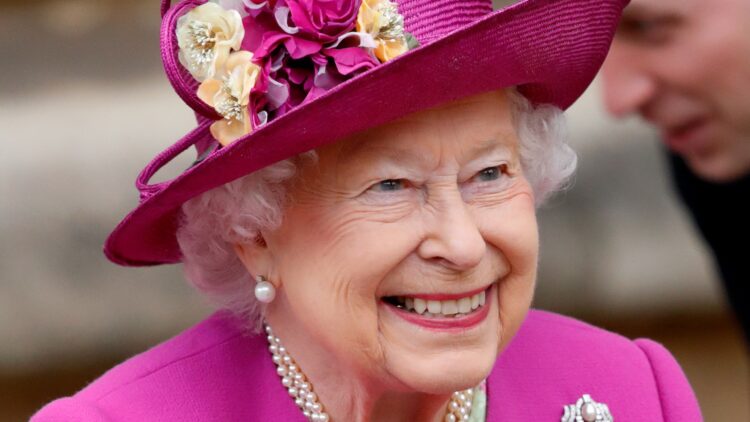 The  Queen and the Duke and Duchess of Cambridge have led birthday wishes for Prince Harry, who turns 37 today.Expressing her birthhday wishes through her official account, the  Queen said : “Wishing The Duke of Sussex a happy birthday today!”

Prince William, 39, and his wife Kate Middleton also  tweeted a picture of a beaming Harry with the caption: “Happy Birthday Prince Harry!”Harry is living in California with wife Meghan, his son Archie and daughter Lilibet.  Their specific plans to celebrate the Duke Of Sussex’s birthday is unknown.

The past few weeks have been a busy period for the duke, who on Monday co-hosted a virtual military show, alongside US First Lady Jill Biden, to honour those taking part in the Warrior Games, a sporting event for injured US military and veterans.

Prince Charles and Camilla also took to the social media platform to say: “Wishing The Duke of Sussex a very Happy Birthday today!”

The message was accompanied by three pictures of the Duke of Cornwall with his youngest son over different stages of his life. 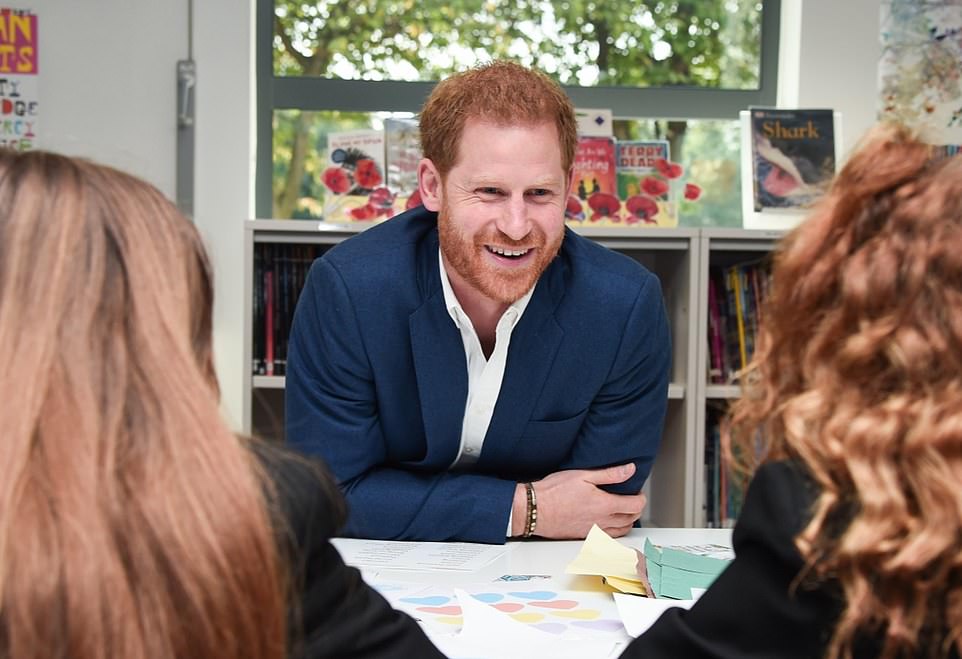 Harry visiting a school in Nottingham in 2019

Prince Harry is currently in the US, where he lives in a £11m mansion in Montecito, California, with his wife Meghan Markle and their two kids, Archie and Lilibet.

Prince Harry has been a subject of controversy, ever since the interview he gave to Oprah Winfrey with his wife Meghan Markle last March.

Prince Harry also subsequently said he wished to break the genetic cycle of pain, after accusing Prince Charles of treating him the way his9Prince Charles) own parents treating him, leading to attacks and criticism by commentators and royalists.

Authour Omid Scobie, a friend of the couple, told Good Morning Britain today that  the couple and the royal family both want all involved to take ‘accountability and ownership’ for their role in the rift.

Scobie also suggested allegations of Meghan’s bullying behaviour made by a senior Palace aide before the Oprah Winfrey interview were ‘revenge’ from The Firm for the Duke and Duchess’ actions[in conducting the i9nterview with Oprah Winfrey]. The controversial claims sparked uproar in many circles, leading to the sacking of former Good Morning Britain’s presenter, Piers Morgan, after he openly dismissed Meghan Markle’s claims, saying ”I don’t believe a word she says”.  Over 50,000 complaints were made to Ofcom, complaining about Piers Morgan’s comments, and those of other guests on show. Ofcom two weeks ago published a report clearing the broadcaster, ITV of breaching its codes, saying that it provided adequate challenge to some of the comments made by Ofcom which it found concerning.

Former  Society Of editor’s chief , Ian Murray, was also forced to resign from his post, following a series of withdrawals from the National press Awards after a dispute over claims there was no racism in the British press.

Prince Harry has since spoken up to promote the vaccine and has also expressed support for mental health initiatives. Speculation has been made as to what announcements to expect for his birthday.

One commentator, Fitzwilliams  predicts that the Duke will be planning to announce a birthday initiative which is linked to Afghanistan and the refugee crisis.

Speaking to OK! Magazine , Fitzwilliams explained the prince should be careful if he is to approach the sensitive subject on his birthday.

He said: “The Sussexes like to announce charity initiatives on their birthdays.

“Of course, you can never predict what Harry is going to say and do, but Harry has already put out a statement supporting military veterans in the wake of the Afghanistan withdrawal.

“It’s a big crisis and it would be a reasonable assumption that any birthday initiative might be linked to Afghanistan and the refugee crisis.”