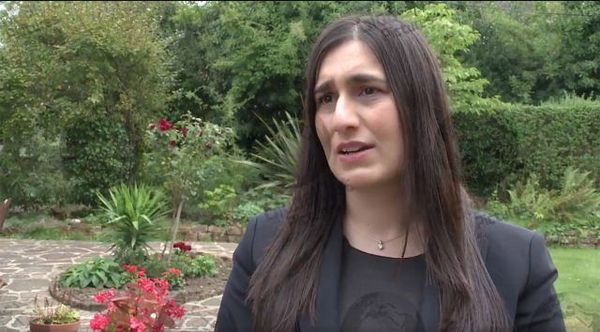 Justice Adam Johnson  reduced the original submisson of £41,000 costs by £6,000, after the solicitor, Soophie Khan, owner of Leicester practice Sophie Khan & Co Limited, objected to the cost proposed on the grounds that there were multiple fee earners involved, and that the cost were disproportionate for a case of this type.

Khan, a prominent solicitor specialising in actions against the state was under investigations over suspicions of dishonesty.

Khan  was sacked from a leading role at the Law Society in 2019, after being found to have discriminated against an official by calling hee a ‘white woman’

An SRA spokesperson told The Eye Of Media.Com that they cannot comment on the nature of the suspected dishonesty, as the investigation is ongoing.

An accomplished professional, Khan is a former chair of the Law Society’s civil justice committee, and also served as a committee member of the small firms and ethnic minority lawyers divisions. She ended her time with the Law Society in October 2019.

The Solicitors Regulation Authority closed the practice of Soophia Khan’s Leicester practice Sophie Khan & Co Ltd, following  suspicions of dishonesty on the part of Khan as the sole manager of the business.

In January this year, the SRA won a High Court dispute against Khan, following a dispute connecting to its request for documents as part of an investigation into the firm.

Khan claimed to have dropped off the files in person at SRA headquarters, but the court found the delivery of the documents had not occured, in another sign of dishonesty.

On Monday, the High Court re-affirmed its ruling and ordered the handing of the documents.

The SRA had tried to exercise its statutory powers to search for and seize documents, and redirect communications addressed to the firm.

Khan’s license has currently been suspended, preventing her from practising in the wake of the investigations about how her firm has been conducting its activities.

After refusing an application by Khan for an adjournment, the judge said the court has powers under the Solicitors Act 1974 to order the production and delivery up of documents; and authorise a person to enter premises to search for and take possession of document.

He also pointed to section 10 of the Act which gives the court the power to make an order redirecting communications to a solicitor so they are instead delivered to the SRA or an agent of the SRA.

Khan had declined an attempt  to organise attendance at the practice premises  consensually on three seperate occassions in August, but Ms Khan refused to agree to such attendance.

The solicitor also claimed the SRA did not have the legal standing to demand access to the documents in question- a position ruled to be false by the court.

According to a ruling, Mr Justice Adam Johnson said it was ‘not really open’ to Khan herself to determine how the practice documents should be dealt with, and not open to her to communicate with former clients.

‘The SRA gave notice to Ms Khan and to her firm requiring the production or delivery up of practice documents, as it was entitled to do,’ said the judge. ‘[At the time of intervention] Those were all matters which from that point on came to be matters within the control and scope of authority of the SRA.’

Khan has been a regular presence in the media commenting on legal matters, and came to prominence specialising in actions against the state. She is also a former chair of the Law Society’s civil justice committee.

Following the intervention, Khan announced on Twitter that the firm had been taken over by a charity called Just for Public Ltd, and that client work ‘continues as normal’.

She told a business journal that she had been able to transfer her business and employed two support staff.

During the hearing, Khan said there was no problem with her practising certificate being suspended as she was able to ‘wear other hats’ so clients could effectively be dealt with.

The judge said the firm’s clients had ongoing matters and were entitled to support and advice from an appropriately qualified solicitor – which Khan was not in a position to provide.

He said the arrangements relating to Just for Public were ‘entirely opaque and difficult to understand’ to be relied on. The submission that the charity was entitled to conduct reserved legal activities ‘raises more concerns than it alleviates’.

Khan’s high profile makes this investigation of particular interest, and it could damage her reputation irreversibly if the allegations of dishonesty are found to be true.