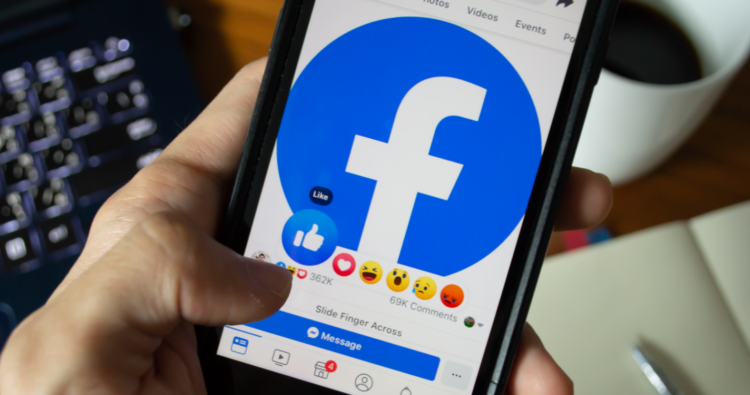 Facebook has been fined £50m by the UK’s competition watchdog for its refusal to comply with an investigation into its purchase of gif library Giphy.

It follows a concern by the Competition and Markets Authority(CMA)  that Facebook could deny other platforms access to Giphy’s images, or change the terms of that access – citing as an example how the company could demand other customers such as TikTok, Twitter, and Snapchat share more user data about their users.

The news comes a day after it was revealed that CEO Mark Zuckerberg plans to change the company’ s name which is expected to be announced at its annual Connect conference on October 28th, but could unveil sooner, is meant to signal the tech giant’s ambition to be known for more than social media and all the ills that entail.

The CMA has fined Facebook for failing to provide the regulator with updates about how it is complying with an initial enforcement order designed to prevent the companies integrating further ahead of a potential order to decouple.

The CMA said it was the first time a company had been found in breach of an enforcement order by “consciously refusing to report all the required information”.

Joel Bamford, the senior director of mergers at the CMA, said: “Initial enforcement orders are a key part of the UK’s voluntary merger control regime.

“Companies are not required to seek CMA approval before they complete an acquisition but, if they decide to go ahead with a merger, we can stop the companies from integrating further if we think consumers might be affected and an investigation is needed.

“We warned Facebook that its refusal to provide us with important information was a breach of the order but, even after losing its appeal in two separate courts, Facebook continued to disregard its legal obligations.

“This should serve as a warning to any company that thinks it is above the law,” Mr Bamford added.

Facebook disagrees with the ruling and said it had been in compliance with the CMA’s primary orders at all times.

A spokesperson for Facebook responded: “We strongly disagree with the CMA’s unfair decision to punish Facebook for a best effort compliance approach, which the CMA itself ultimately approved.

The company said the CMA is yet to explain how it arrived at a fine of £50m , noting  that the regulator’s previous largest fine was for just £325,000.

Facebook argues that it had been in compliance with the CMA’s primary orders at all times.

It complains that the regulator delayed for seven months a request to amend these orders which was eventually agreed in what the company described as nearly an identical manner to what had been requested.