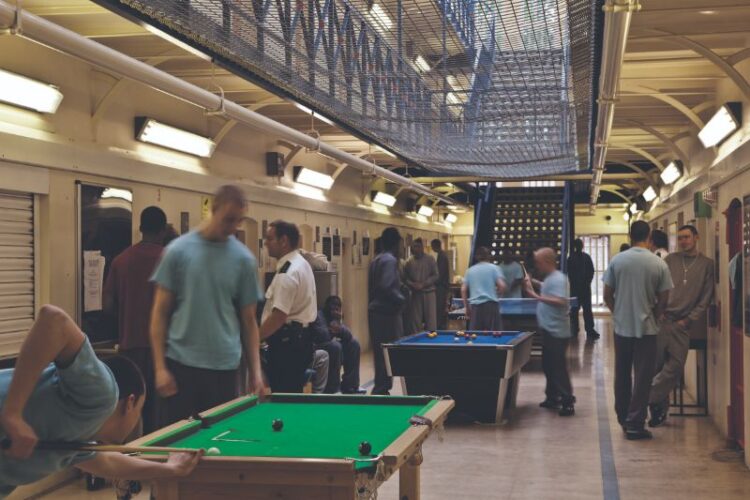 Prisoners in the Uk are to compete for funding from business leaders in ‘Dragons’ Den’-style event. The new scheme gives prisoners skills to start their own businesses on release to cut crime.

The winner of the trial at HMP Thorn Cross will earn a £500 grant and support from local experts for their business ideas.

The strategic move is part of the Uk Government’s Prisons White Paper sets out a strategy to reduce reoffending and keep the public safe, with a laser-focus on helping prisoners develop the skills they need to find work on release and turn their backs on crime.

Exactly how much investment is to be infused into what has the hall marks of an admirable project has not been made known yet, but will be required to fully incentivize prisoners, many of whom have very low prospects. Multiple schemes exist in prison to enhance the prospects of jailbirds and raise their aspirations, but not all respond to these.

Instead many prolofic offenders have come to view prison as a holiday camp where they are freely housed and fed, and garner street creds for blending well with a bunch of familiar transgressors of the law.

A sizeable  investment  designed to reduce re-offending, and help prisoners develop the skills they need to find employment and depart from a life of crime in the process would be admirable.

Statistical evidence indicates that offenders who get a job after prison are significantly less likely to re-offend than those without a job, who are more likely to re-unite with members of their deviant subcultures and continue a life of crime.

Proposals put before the attendees included a graphic design consultancy and personal fitness business, as offenders bid for start-up funding at a unique event inside HMP Thorn Cross, in Cheshire.

The ‘Dragons’ – comprising local entrepreneurs, the public and ex-offenders who have started their own companies – voted for their favourite plan to help get the idea off the ground once the prisoner is released.

The winner was announced today by Prisons Minister Damian Hinds and will receive a grant of £400 – backed by Entrepreneurs Unlocked – which will support them in getting their business off the ground upon release, helping them to stay on the straight and narrow. Runners up were awarded £300 each.

”Getting ex-prisoners into work cuts reoffending and makes our streets safer.

Entrepreneurship drives our economy and can provide a promising path for those who are ready to turn their lives around. It is heartening to see prisoners demonstrate the skills needed to succeed in business and life.

The event, which took place in Global Entrepreneurship Week, is the culmination of a 12-week course run by charity Entrepreneurs Unlocked, which aims to give prisoners an insight into the realities of running a business.

Sessions include training in finance, marketing, sales planning and developing a product or service – providing participants with the skills they need to integrate back into society and put a life of crime behind them.

”The Hidden Entrepreneur event is the first of event of its kind to showcase the entrepreneurial talent of people in prison. We will highlight this pathway for people that not only reduces the risk of re-offending but also demonstrates the social and economic value of entrepreneurship.

I am grateful to HMP Thorn Cross for allowing us to host the event, to all of our speakers for sharing their inspirational stories, and to all the businesses who joined us as together we can really make a difference in people’s lives by supporting them on their new entrepreneurial pathway.

Attendees at the event heard from a range of inspiring ex-offenders who have been successful in setting up their own businesses. These included H.M.Pasties, a start-up which works to ‘bring out the good inside’ by employing ex-offenders to make and sell pasties.

Getting prisoners into work is believed to be a tried-and-tested way of cutting re-offending, with those who get a job after prison being up to nine percentage points less likely to reoffend.

The Government’s Prisons White Paper sets out a strategy to reduce reoffending and keep the public safe, with a laser-focus on helping prisoners develop the skills they need to find work on release, and turn their backs on crime.

The Prison Service’s (HMPPS) New Futures Network has been set up to connect businesses with prisons so employers can find and train a pipeline of skilled, motivated workers to fulfil their recruitment needs within a variety of key industries.

Earlier this year, the government changed the law so prisoners in open prisons can apply for apprenticeships in vital industries – and in October 2022 the first prisoners started their apprenticeships at big-name employers including Timpson and Greene King.