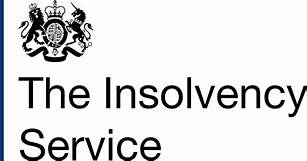 A print publishing company has been shut down after it emerged they presided over a fraudulent emergency services.Print Publishing Ltd was wound up on Thursday 5 September 2019 by District Judge Richmond at the High Court in Manchester following an investigation by the Insolvency Service. The Official Receiver has been appointed as liquidator. Print Publishing was incorporated in October 2017 and produced magazines that supported the emergency services.

In order to  secure revenue, sales people would cold-call local businesses, local authorities, schools, as well as sports and social clubs, offering advertising space in two magazines: Crime Reaction and Attention Fire.
Print Publishing  falsely claimed to produce three editions of each title per year, with distribution numbers of circa 25,000. Sales people also stressed that they worked for the emergency services or associated charities, while proceeds went towards the emergency services.
Following complaints, however, the Insolvency Service conducted confidential investigations into the Print Publishing’s activities before uncovering that claims made by the company were misleading and often false.

The company began securing funds from sponsors for future editions of the magazines as early as October 2017 but did not produce the first magazine until a year and a half later in January 2019.
However, there was no evidence that the magazines were ever distributed to anyone other than the advertisers themselves or that financial contributions had found their way to the emergency services and associated charities.

Although denied by the company, the Insolvency Service’s enquiries concluded that Print Publishing traded with a lack of commercial probity when it claimed to be affiliated with the emergency services and other good causesEnquiries also found that Print Publishing used oppressive and objectionable sales techniques to pressurise customers into making payments.
Overall, Print Publishing’s records showed that they had 120 clients, spanning 169 sales transactions between October 2017 and December 2018, generating bank receipts totalling £62,418.80.

Scott Crighton, Chief Investigator for the Insolvency Service, said:
Not only did Print Publishing use dubious sales practices to elicit funds and did not have any links to charities or the emergency services, the magazines were produced late and were not distributed anywhere beyond the company’s own staff.
Following the winding-up of the company the Official Receiver will now look closely into the company’s affairs, including the conduct of the former director.