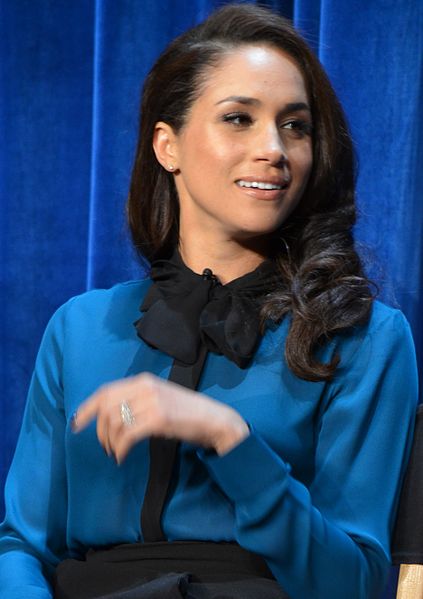 Meghan Markle hired a U.S PR team to improve her battered image because she was dissatisfied with the service being offered by Buckingham Palace, a source has told The Eye Of Media.Com.

After it was revealed last week that the Dutchess of York had hired a Public Relation team she once used as an actress contrary to royal protocol, perception that Harry’s wife was moving further and further away from conventional practise began to gain more ground.  Meghan is said to have  hired U.S crisis manage­ment PR firm Sunshine Sachs, which once represented Harvey Wein­stein and Michael Jackson, behind the backs of Palace staff to try to change her image. The Dutchess Of York is believed to want a team that can substantially improve her image and expand her goals as far as America

Ever since Ms Markle married Prince Harry, she has been the subject of constant media coverage, most of which has been negative, and some of which has simply been informative.

Recent news that Meghan hired the U.S PR team to improve her image was apparently because she is not content with the service being provided by  Buckingham Palace.  A source closely studying the Dutchess among other cases told The Eye Of Media.Com: ” the only reason she would try to hire a PR team is because she is not satisfied with the service being offered by the PR team she has been provided with. Why else would she take such a step? The attack against her has been so bad and relentless that it could destroy any human being mentally, let alone someone used to the limelight and celebrated by her adorers as a Hollywood star”.

The source who requested anonymity also says that  information gathered from various sources indicates that Meghan wants an image beyond ”what can be provided by her team of advisers”. How real that image would be or what it would consist of is anybody’s guess.

How any PR team could counteract the free press exercised by the tabloids or broadcasters is one for experts in that field is something she and her husband Prince Harry alone may know.  Is her PR team expected to supply the media with positive news about her, and expect them to abandon other information they may receive from other sources which may be unflattering? Quite possibly, an active PR team for Meghan could liaise with the press and provide them with more uplifting stories to boost her image, but those stories will need exist and be sufficient to keep the media busy with alternative stories.

Our source said : ” There could be some truth that Meghan has on occasions thrown her weight around or wanted to do things differently, but assessing her behaviour will also require full knowledge of what is motivating her to behave that way. At the moment. she is not able to clearly and verbally address how shew feels. If she were to do that, it could worsen matters, but it could also be necessary. There is no doubt that a lot of the attitude against her may well be connected to her being mixed race, but there could also be other factors involved.

For instance, pone story in which she insisted on a Vegan dish for her wedding that led to her assertively insisting that she could taste meat in the dish would just be her nature. If she expresses her objection with a tone or attitude that is perceived to be upsetting this could contribute to hard feelings against her. This will be nothing to do with her race, but race could always be an underlying factor.Only time will tell whether a ne PR team is brought in and what effect it has”.

The British tabloids have dedicated inches of columns to articles about Meghan Markle, from revealing departures from convention to incidences in which she allegedly displeased the Queen or other members of The Royal family. Very rarely, if ever, has the press team come out to debunk claims in the press. It is not the way they generally operate, although The Eye Of Media has been told of at least one occasion in which a tabloid story was said to have been false. We have also caught media outlet publishing a proven false story connected to the Dutchess Of York.

A recent documentary by Australia’s channel 9 was very hostile in its goal to undermine Meghan Markle. The documentary  featured controversial former Uk media personality, Katie Hopkins, slamming the Dutchess and calling her a hypocrite. The basis of Hopkins claim was that Meghan who has previously claimed to support steps to improve the planet had hired jets to travel abroad. Hopkins referred to her a s a nobody, deriding the Dutchess of York as a no one who wears bad clothes. Hopkins went further to despise her for being a divorcee, asking who wants a divorcee in the royal family? The programme was widely criticised for its purposeful aim of attacking the Dutchess Of York in an outright and  insensitive way.

Claims of racism have always accompanied the several criticisms Meghan has faced, a charge Hopkins denies and brands as an excuse not to criticise Ms Markle. Everybody, regardless of their race is subject to valid criticism, if proven to be fair. In Meghan’s case, racist attacks via social media have been explicit in the past, the worst example displayed when former BBC DJ, Danny Baker posted a picture of a chimpanzee attached to the image of a child, with the caption ‘royal baby leaves hospital’.

Baker was sacked from the BBC for his disgraceful behaviour after admitting that his actions were racist but claiming not to have intended it to be so. Most people don’t believe him, but that has not stopped more negative press against Meghan. Meghan Markle is meant to be a royal, but her dreams and passions go well beyond that. Any PR team provided to her by the palace will not be equipped to cater for the kind of ambitions she has which are wider than royalty. She wants the best of both worlds, but critics and royal insiders may not be impressed with that.