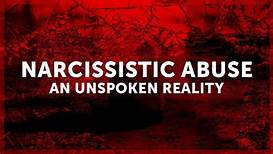 Narcissistic bosses in the Uk are to be  highlighted and exposed after  being spotted as a widespread problem largely undetected by the general public.

Bosses who dismiss their employees for frivolous reasons, treat them shabbily to raise their importance among other employees, and who gloat about their achievements just to exalt themselves in the workplace, using this to dominate their environment will be shamed by The Eye Of Media.Com in extreme cases. In minor cases where bosses caught red handed make amends to those they have unfairly treated, they will be spared the embarrassment and given another chance.

It comes after complaints made by a number of ordinary people led to an assessment of other cases concluding narcissistic bosses to be a bigger problem in the Uk than  generally acknowledged . Analysts believe the problem may even  on an international scale. Bosses who abuse their power often get away with it without confrontation.

Narcissism is a mental disorder in which people have an inflated sense of their own importance and yearn for admiration. They generally lack empathy and thrive on exercising power at other people’s expense.  Most narcissists lack self esteem but use their position and power to mask this weakness by victimising others. Most narcissists are insensitive to  the  feelings of others. Many narcissistic bosses thoughtlessly exploit others and are quick to defend those they want to please at all costs including victimising a rival party without due investigation. They have an exaggerated view of their importance and will do anything to sustain their self inflated image. Researches say most narcissists are concealing low self esteem or longstanding childhood issues.

Narcissistic bosses love to be the centre of attention and are often domineering and conceited. If someone from outside the work place shows up to visit a friend or family member, narcissistic bosses are quick to confront them and humiliate them where possible. The worst effects of a narcissist in the work place is the speed at which they are prepared to fire their staff to make an example of them, especially if on the receiving end of criticism. Narcissists can’t stand criticism, even where the criticism is justified and constructive.

Such bosses should be identified and exposed, but their misconduct has to be clear and beyond reasonable argument. The victim of narcissistic behaviour should generally be closed to blameless in the situation or proven to have been treated in a  heavy handed way when compared with the victim’s offence or alleged offence.