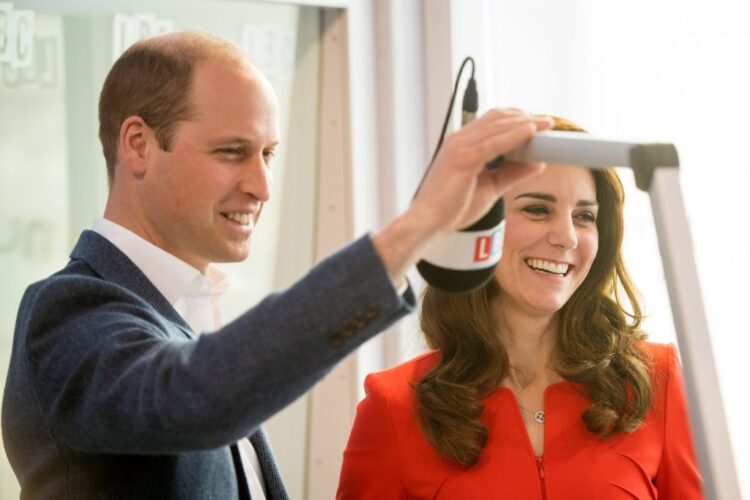 Prince William and his wife Kate took over the airwaves of every radio station in the United Kingdom on Friday to deliver a message encouraging the British public to look out for anyone who might be feeling lonely.

The “Mental Health Minute”, featuring the two royals, was played out on more than 500 stations just before 11 a.m. (1000 GMT), with the organisers saying an estimated 20 million people would hear the broadcast.

On Friday at 10:59 a.m., every radio station in the U.K. united to play a message from the Duke and Duchess of Cambridge dubbed the Mental Health Minute.

We’re all connected. And sometimes just talking about how you’re feeling can make a big difference. So right now, let’s join together across the UK and reach out to someone,” William, 37, says in the recording.

Kate, 38, follows with, “If you’re struggling, it’s important to talk about it. Or if someone you know is acting differently, it’s okay to ask how they are. Use this moment to send a message.”

The couple, who introduced themselves simply as Catherine and William, began by saying they wanted to talk about loneliness.

Prince William continued, “And we can all feel lonely sometimes.”

Amid the COVID-19 pandemic, which “reminded us of the importance of human relationships,” William said, they encouraged people to do small acts of kindness in order to help people who are feeling isolated.

“So if you think someone you know may be feeling lonely, just give them a ring, send them a text or knock on their door,” Kate said.

William followed, “Maybe suggest meeting for a cup of tea or a walk.”

“Because these small acts of kindness can make a big difference and help us all feel less lonely,” Kate added.

Prince William then shared his apologies for “interrupting every radio station in the country.”

“But if we interrupt the lives of those who are feeling alone,” Kate said for William to finish, “We can help lift them out of loneliness.”

Addressing mental health issues is a key cause for the couple. Queen Elizabeth’s grandson has spoken before of his own struggles in the wake of the death of his mother Princess Diana, who was killed in a car crash in Paris in 1997.

According to a Community Life Survey data, 11% of those aged 16 to 24 in Britain experienced a feeling of loneliness, more than in any other age group. Another poll has suggested young people were also least comfortable asking for help.

View All 160 Image”The past two years have really reminded us of the importance of human relationships,” William said in the broadcast which forms part of Mental Health Awareness Week.

“So if you think someone you know may be feeling lonely, just give them a ring, send them a text or knock on their door,” Kate added.

The message concluded with William saying: “So apologies for interrupting every radio station in the country” and the couple saying that if people interrupted the lives of those who were feeling alone, they could help lift them out of loneliness.

The couple appeared to record the message at their Kensington Palace home — with a family photo that they released as their 2020 Christmas card framed behind them.

Last year, Kate and Prince William joined well-known faces for the Mental Health Minute. From soccer star David Beckham to singer Anne-Marie and chef Jamie Oliver, they all pitched in on a 60-second broadcast urging U.K. citizens to continue to help others and carry on conversations about mental health struggles as Mental Health Awareness Week came to an end.

In the PSA, William said, “It would be great to keep talking,” as Anne-Maire added, “To a loved one, friend or colleague — let’s keep making the conversation accessible.”

Kate then added, “Because our mental health binds every single one of us together.”

Beckham summed up the message’s key themes, saying, “Taking time to reflect through the most challenging of years.”

Nigel Huddleston, minister for civil society and youth at the Department for Digital, Culture, Media and Sport, said: “The Duke and Duchess of Cambridge are great champions of mental health awareness and we’re hugely grateful to have their support through the Mental Health Minute.

“We know loneliness is having a disproportionate impact on our young people and this campaign offers easy to use guidance people can follow to improve their wellbeing.”

When Kate  Middleton first wore the designer, it was considered a bold choice for the royal, who often plays it safe in designs from the high street.

In the message shared today, Prince William and Kate each shared a line introducing themselves as ‘Catherine and William.’

The Duke acknowledged ‘we can all feel lonely sometimes’, adding: ‘The past two years have really reminded us of the importance of human relationships.’

The full transcript for the Duke and Duchess’ Mental Health Minute – from casually introducing themselves to asking Brits to ‘meet up for a cup of tea’
Duchess of Cambridge: Hello. I’m Catherine.

Kate said it was crucial for those ‘struggling’ to be given the ‘right support at the right time’ and also urged society to play its part, saying everyone needed to help ‘parents and carers, and all those who are raising children today’.