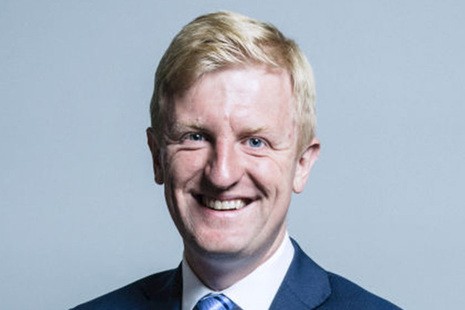 A bottle of champagne donated by  Conservative Party Chairman Oliver Dowden has been labelled as being “hugely valuable as a souvenir of partygate”.

A picture of the gift, shared by food critic Jay Rayner on social media, shows the bottle’s label stating: “A bottle of champagne signed by Boris. Hugely valuable as a souvenir of partygate and the exemplary behaviour and morality of our dear leader!”

A spokesperson for Mr Dowden issued a statement saying he had no knowledge of how the item would be described.

“This item was donated in good faith several months ago for a local charity auction,” the spokesperson said.

“Oliver Dowden had no prior knowledge of the description and this is obviously not his view.”

Those close to the Tory chairman believe it was written by someone involved in the fundraising event, held in Hertfordshire where his constituency of Hertsmere sits, and not anyone associated with the Conservative Party.

In a statement the Hertfordshire Community Foundation said: “This item was donated in good faith several months ago as part of a charity auction raising funds to support some of the county’s most vulnerable residents.

“The description was not drafted or seen by MP Oliver Dowden.”

At least 50 more fines have been issued this week as a result of the police investigation into lockdown-breaking parties in Downing Street and Whitehall during coronavirus restrictions.

But Number 10 has confirmed Prime Minister Boris Johnson is not one of those who have received a new fixed penalty notice (FPN).

In the latest update on its investigation, the Metropolitan Police said as of Thursday it has made more than 100 referrals for FPNs to the ACRO Criminal Records Office for breaches of COVID-19 regulations.

The identities of those who receive fines are not revealed by police, as is normal practice with the issuing of fixed penalty notices.

However, Downing Street has made clear they would make it public if further fines are received by the prime minister, the chancellor or the cabinet secretary.

Responding to questions as to whether  the prime minister  and Mr Case were not in the latest tranche of people fined, the PM’s official spokesperson told reporters: “That’s correct, yeah.”

Speaking after a regional cabinet meeting in Staffordshire on Thursday, the PM was asked if he or his wife Carrie Johnson had been issued with a second fixed-penalty notice.

“No, but as soon as we have more to say on that, as I’ve said many times before, you will be among the very first to know,” he replied.

When the second set of fixed penalty notices was revealed in April, it was quickly confirmed that the PM, his wife and Chancellor Rishi Sunak were among those penalised for breaking the government’s own COVID laws in a scandal that has been dubbed “partygate”.

All three were hit with the £50 penalty for their attendance at a birthday party for the PM in the Cabinet Room in Downing Street on 19 June 2020.

They have all since paid the fine.