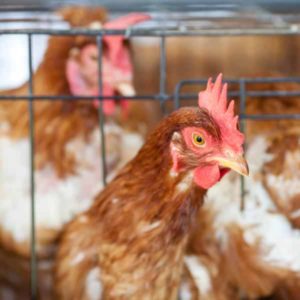 Bird flu has been confirmed in England for the first time this winter, and officials have issued a warning to those who own birds.

The flu has so far only been found in 17 birds in Dorset, but experts believe that the disease could spread to elsewhere in the country because the infected birds were wild..

Public Health England says the flu poses no threat to humans, but the government has outlined the threat this poses to the UK’s bird population.

UK chief veterinary officer Nigel Gibbens said: “This is the first time avian flu has been identified in the UK this winter and while the disease does not represent a threat to the public, it is highly infectious and deadly to birds.

“As the virus has been circulating across Europe, this finding has not come as a surprise. But it is vital that anyone who keeps birds – whether a few in a back garden or thousands on a farm – is vigilant for any signs of disease, reports suspect disease to APHA and maintains good biosecurity to reduce the risk of their birds becoming infected.

A local ‘avian influenza prevention zone’ is to be introduced in Dorset where the infected birds were discovered. The prevention zone will foce all bird keepers or paultry owners to apply enhanced biosecurity measures like feeding and watering birds indoors to reduce the chances of them mixing with wild birds.