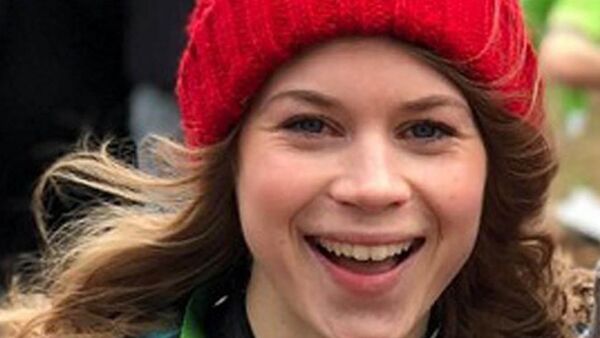 A British police officer has accepted responsibility for the killing of Sarah Everard.

Pc Wayne Couzens, 48, accepted responsibility for the killing of Ms Everard when he appeared at the Old Bailey on Tuesday.

Members of the York woman tragically killed by an evil cop wo should have been protecting her, sat in court to hear the monster admit his guilt t the most atrocious of criminal offences.

Ms Everard, 33, went missing as she walked home from a friend’s house in Clapham, south London, on March 3.

A major police investigation was launched and her body was found a week later in woodland in Kent.

He also pleaded guilty to a second charge of rape between March 2 and 10.

Couzens was not asked to enter a plea to her murder between March 2 and 10.

The defendant said: “Guilty, sir” when asked for his plea to the first two charges.

The Metropolitan Police officer was wearing khaki trousers and a grey sweatshirt as he appeared by video link from Belmarsh jail.

The court heard that responsibility for the killing was admitted, but medical reports were awaited.

A further hearing before Lord Justice Fulford is due to take place on July 9.

Ms Everard was reported missing by her boyfriend on March 4 and her body was found hidden in an area of woodland in Ashford, Kent, on March 10.

The murder further highlights the scary reality that there are some dangerous monsters among the police force, in light of a number of misdemeanours in the police force that has led to resignations and dismissals in the past year.

That an offence of this magnitude can be committed by a police officer is both chilling and shocking, and calls for the police force to be extra careful when recruiting individuals to a force instituted to protect the public, not subject them to danger.