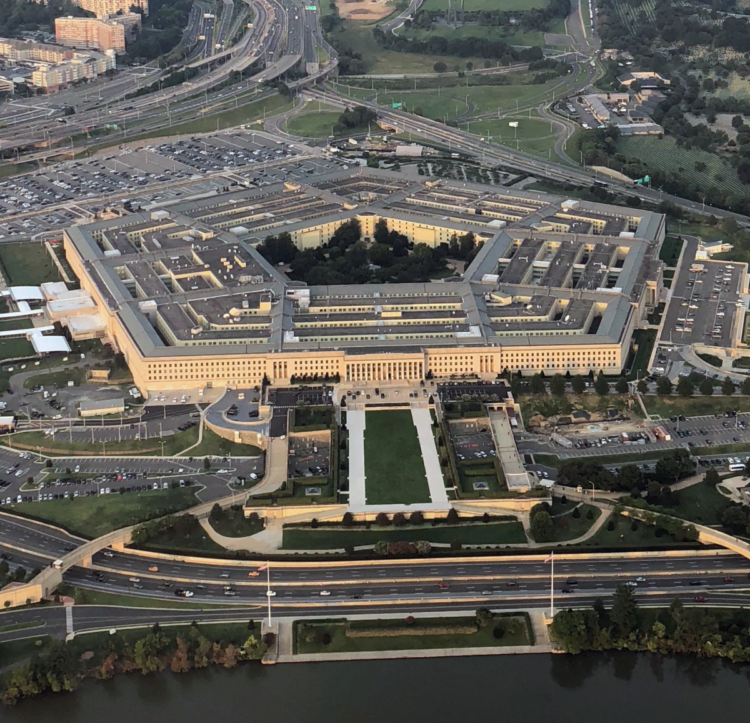 The Pentagon has publicly announced it has created an office to investigate UFOs.

Referred to as the Unidentified Aerial Phenomena Task Force, or UAPTF, the office established Aug. 4 will operate within the purview of the undersecretary.

“The Department of Defence established the UAPTF to improve its understanding of, and gain insight into, the nature and origins of UAPs,” the Pentagon said in a statement released late on Friday. “The mission of the task force is to detect, analyse and catalogue UAPs that could potentially pose a threat to U.S. national security.”

The office  said it will also track incursions of unauthorised aircraft into training ranges or otherwise restricted airspace, including those when the person who reports the aircraft cannot immediately identify it.

The development will come as good news to ufo enthusiasts who have been pushing for disclosure for a long time.The scientific community and well informed individuals are generally united in the view that there

Senate committee reports also revealed that a similar office was examining potential UFOs through the U.S. Office of Naval Intelligence.

The new high-level attention was heralded by Lue Elizondo, who was involved in a previous Pentagon UFO research program known as the Advanced Aerospace Threat Intelligence Program, or AATIP, that was wound down in 2012.

Elizondo resigned in 2017 in part over frustration that senior Pentagon officials were not taking seriously enough a series of unexplained encounters, including those experienced by pilots flying off the aircraft carriers USS Nimitz and Theodore Roosevelt in 2004 and 2015 who reported unknown aircraft maneuvering in ways that appeared to defy aerodynamics.

“This is precisely the intended result of what we were trying to achieve under AATIP,” Elizondo told POLITICO following the announcement.

Earlier this year it officially made public three videos of the Nimitz and Roosevelt incidents.

The Pentagon announcement on Friday also comes several weeks after the Senate’s version of the Intelligence Authorisation Act required the director of national intelligence and secretary of defence, working with a variety of intelligence and law enforcement agencies, to prepare a public report of government findings on the UAP issue.

“We have things flying over our military bases and places where we are conducting military exercises, and we don’t know what it is and it isn’t ours, so that’s a legitimate question to ask,” Sen. Marco Rubio (R-Fla), acting chair of the intelligence panel, told WFOR-TV in Miami last month.

“Frankly, if it’s something from outside this planet, that might actually be better than the fact that we’ve seen some sort of technological leap on behalf of the Chinese or the Russians or some other adversary,” he added.

A Pentagon spokesperson said  on Friday that the development was the result of an outgrowth of research efforts undertaken by the Navy’s intelligence arm and that the service will continue to play a leading role They added that the safety of our personnel and the security of our operations are of paramount concern.”

The Unidentified Aerial Phenomena Task Force (UAPTF) was created by the deputy defence secretary, David Norquist, on 4 August, strengthening an already existing effort that since 2018 has been under the purview of the Office of Naval Intelligence.

A video grab taken from an unclassified US navy video that shows interactions with ‘unidentified aerial phenomena’ at an undisclosed location, issued on 29 April.
FIn the official announcement Friday, Gough also explained that “the safety of our personnel and the security of our operations are of paramount concern.”

“The Department of Defence and the military departments take any incursions by unauthorised aircraft into our training ranges or designated airspace very seriously and examine each report,” the statement added. “This includes examinations of incursions that are initially reported as UAP when the observer cannot immediately identify what he or she is observing.”

Deputy Defence Secretary David Norquist approved the establishment of the new task force on August 4.The announcement of a new task force comes after the Pentagon in April officially released three videos taken by US Navy pilots showing mid-air encounters with what appear to be UFOs.

The grainy black and white footage had previously been leaked and the Navy had acknowledged they were Navy videos.