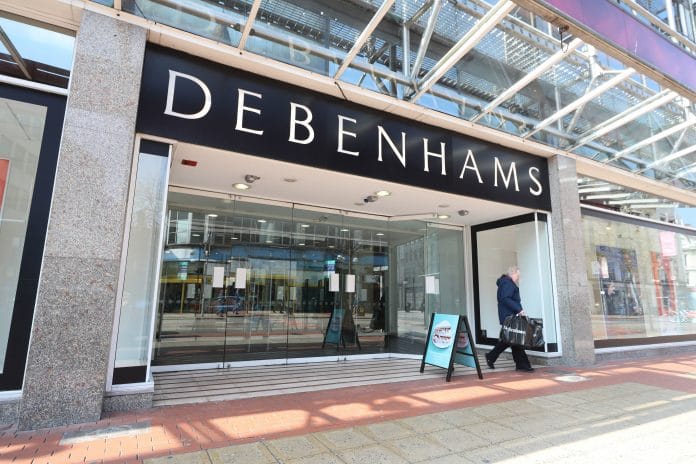 Debenhams’s entire 14,000 workforce is bracing for bad news as the retailer calls in liquidation experts.

The struggling British department store chain has appointed Hilco Capital to draw up contingency plans in the event an attempt to sell the business ends in tears.

On Tuesday Debenhams said it would cut a further 2,500 jobs, while taking ‘all necessary steps’ to give the chain every chance of a viable future. The move from Debenhams, which has 124 stores and employs a reported 14,000 staff across the UK, follows the chain collapsing into administration four months ago.

A source close to the company said administrators were required to have liquidators on standby ‘in the unlikely event that all other options for the business do not materialise’.

A spokesman for the retailer said: ‘Debenhams is trading strongly, with 124 stores reopened and a healthy cash position.

‘As a result, and as previously stated, the administrators of Debenhams Retail Ltd have initiated a process to assess ways for the business to exit its protective administration.

‘The administrators have appointed advisers to help them assess the full range of possible outcomes which include the current owners retaining the business, potential new joint venture arrangements (with existing and potential new investors), or a sale to a third party.’

Hundreds of jobs have already been lost at the more than 200-year-old retailer since the start of lockdown after it permanently shut 18 stores.

In June, the British Airline Pilots Association (Balpa) union said Jet2 was proposing cutting 102 pilot jobs after flights were grounded due to the coronavirus pandemic.

On Saturday, the union said the Leeds-based carrier was pressing ahead with the cuts despite a range of alternative options put forward by Balpa.