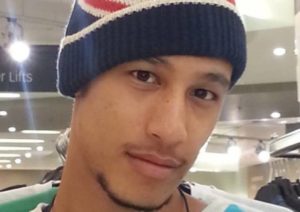 Crime Stoppers have offered a reward of £10,000 for information leading to the arrest and successful conviction of those guilty of killing Oliver Tetlow last year.

Oliver Tetlow from West London was killed on March 9, 2016, in Church Road, at the junction of Conley Road. It is exactly one year since his murder, and crime stoppers have circulated a reward appeal to some news outlets, including the eye of media.com to catch the evil killers of Teltow.

Four suspects were arrested and charged for Tetlow’s murder in 2016, but were all acquitted.

As police and armed officers, together with the London Ambulance Service (LAS) raced to the scene, they found 27-year-old Mr Tetlow with gunshot injuries. Despite the best efforts of the paramedics he was pronounced dead at the scene in what is believed to have been a mistaken identity.

Police have tried in vain to investigate the brutal murder of the youngster, but have hit silent walls at every stage. They have questioned hundreds of people and gone through several hours of CCTV, but come up with nothing significant to help them track down the perpetrators of this crime. In short, they appear to have gotten away of a terrible murder, without trace.

His mother today gave a moving appeal for those who know anything to come forward.
Ms Humphrey said: “March 9, 2017, is one year to the day that my son Oliver Tetlow was cruelly murdered in cold blood – shot dead in a senseless and tragic case of mistaken identity.
“We are appealing again for you to come forward if you know anything, saw anything or can help in any way with the ongoing investigation.
“This appeal is not only for us, but for your family, your friends, innocent bystanders who could be murdered like Oliver was. We are searching for justice, to feel safe in the knowledge that whoever killed Oliver will be taken off our streets.
“We have lived through a terrible year of grief and sadness, having a talented young man with so much to look forward to in life torn from us.
“Every day I miss my son, my family miss him, Oliver’s friends miss him, every day we think of him, every day we all grieve for him. Our pain goes on.
“Despite all the efforts by the police, CPS and courts, so far no convictions have been made.
“We continue to pray that justice will be done and although it will never lessen the loss we feel, it will bring some small comfort to relieve our suffering, our pain, our grieving.
“Please, please help us. Some witnesses have already come forward and we admire them all for their courage.
“Those who haven’t felt able to come forward before, please help yourself; release yourself from the terrible burden you carry.
“Thank you for any information or help you can give, no matter how small you may think it is. The more people who give information, it helps to build a bigger picture to bring about justice not only for us, but for our community.
“With love and hope in our hearts, in memory of our forever loved and always remembered Oliver.”

Detective Chief Inspector Mark Lawson, from the Homicide and Major Crime Command, said: “The brutal killing of Oliver Tetlow last March has left his mother and wider family completely devastated and their grief has been compounded by the fact that even after a year they are no closer to getting the answers they so desperately seek.
“Oliver had simply been going about his business on the night of his murder when he was targeted and gunned down in what we still believe was a case of mistaken identity.
“A young man has tragically lost his life and it is only right that we remain resolute in our efforts to convict those responsible.
“This is the first anniversary of Oliver’s death and I am keen to hear from anyone who has any information or who was at the scene of the incident. You may not have come forward at the time of the murder, now is the time to do so, please do not remain silent.
“A year is a long time to go without answers and I would ask that you to take a moment and think about the devastation that has been caused to Oliver’s family.
“I am also directly appealing to the friends and family shielding those responsible. Now is not the time to stay silent.
“If you have the slightest indication that those you know were involved in the murder I would encourage you to get them to hand themselves into the police.
“Oliver’s mother made an appeal for information in the days after her son’s murder and she is bravely doing so again. As she continues to grieve the loss of her son please do not let this latest plea for information be in vain.”
Detectives investigating the murder believe that Oliver was shot by a male who got out of a dark coloured vehicle. After the shooting, the vehicle travelled south along Church Street, towards Harlesden town centre. The killer used an automatic weapon, although they are unable to confirm the exact type. Both the vehicle and the weapon have never been recovered.
DCI Lawson said: “In the days after the murder the firearm used to kill Oliver would have no doubt been passed on to someone to hide or to keep safe and there is a possibility that this gun has exchanged hands since.
“It is of paramount importance first and foremost that this weapon is taken off the streets and secondly I would like to appeal to anyone who knows who the gun was handed to or knows where it is now to come forward and speak to us.
“We are pursuing a line of inquiry with another police force as to where the gun came from and to its current whereabouts but it is vital that if you hold any information no matter how small, you do come and speak with us.”
DCI Lawson said: “This is very much still a live investigation, and despite the recent acquittal of the four men we continue to explore new lines of inquiry.
“Allegiances can change rapidly in a year and I am very keen to hear from anyone who for whatever reason didn’t speak to us at the time of the murder.”
Spread the news