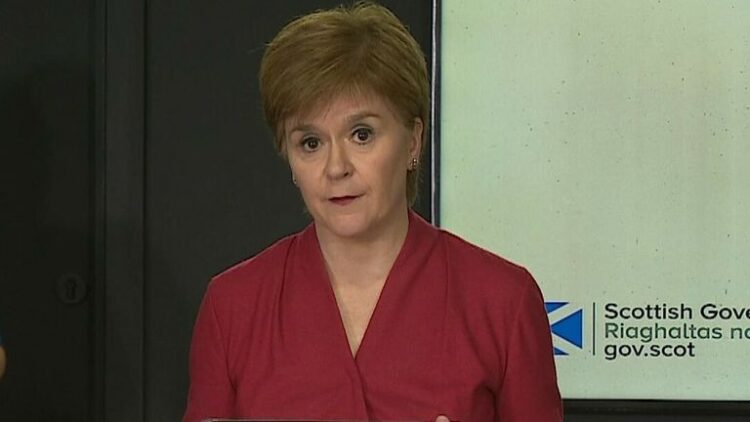 First Minister Nicola Sturgeon is considering the idea of introducing vaccination certificates if it will produce normality.

Her comments are at odds with those made by Boris Johnson during his speech yesterday that Vaccines do not produce absolute certainty that vaccines would guarantee safety from the virus.

Sturgeon’s comments which came as she set out the stages in which lockdown will be eased in Scotland  revealed a strong leaning towards the idea of vaccine passports, but she was mindful of the potential of discriminating against those who can’t obtain one.

Ms Sturgeon stressed that such a decision is “not straightforward” and she would “never support something that deepened social inequalities, or put barriers in the way of people accessing public services”.

She said: “We need to, firstly, understand exactly what vaccination gives you, in terms of protection against or passing on the virus.

“And then we do need to think about these ethical issues, about what is it reasonable to say can be accessed with a vaccine certificate, if you had that, and what couldn’t.

“Because there are some people who, for reasons beyond their own control, can’t get vaccinated, and there are other ethical issues that arise from this.

“I don’t close my mind to this, but I think, like everybody else, we want to think through this carefully.

“And if some kind of mechanism like this can give us some greater normality back at some stage that we wouldn’t otherwise get, then let’s think about that.”

Ms Sturgeon  also said she would like to see a broad consensus behind any plans to introduce them.

Israel has already began opening up its system after half of its population received jabs of the vaccine.

But functioning normally in Israel will require a vaccine passport, as no gyms, bars, or shopping malls will allow members of the public there without evidence they have had a vaccine.