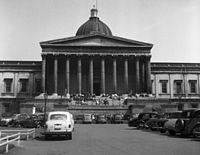 New research questions the impact of school closures on the spread of Covid-19, claiming that it should be weighed against the serious economic and social consequences, particularly for the most vulnerable children.

The research, led by University College London (UCL), has criticised the  evidence behind many governments’ decision to shut schools as part of the fight to stop the spread of Covid-19. The report follows pressure that was put on the British government to shut schools despite the government’s reluctance because of the strain it would put on parents and the workforce.

Prof Neil Ferguson, of Imperial College London and director of the MRC Centre for Global Infectious Disease Analysis, was one of those voices that pushed for the closure of schools at the time because of the risks that children could be transmitted the virus. Italy, Germany, and France, had at the time  closed their schools, and The Eye Of Media.Com was one of those publications that was also strongly supporting the idea for all schools in the auak to be closed.

Now, a  UCL-led study  says that the evidence to support the closure of schools to combat Covid-19 is “very weak”, and statistics from influenza outbreaks suggest school closures “could have relatively small effects on a virus with Covid-19’s high transmissibility and apparent low clinical effect on schoolchildren”.

The research team  assessed 16 studies of recent outbreaks of other coronaviruses, including the 2003 Sars epidemic in mainland China, Hong Kong and Singapore, and found that school closures did not help control the epidemic.

“We know from previous studies that school closures are likely to have the greatest effect if the virus has low transmissibility and attack rates are higher in children. This is the opposite of Covid-19,” said the study’s lead author, Prof Russell Viner, of UCL Great Ormond Street Institute of Child Health.

“Data on the benefit of school closures in the Covid-19 outbreak is limited but what we know shows that their impact is likely to be only small compared with other infection-control measures such as case isolation and is only effective when other social isolating measures are adhered to.”

BENEFIT
Viner, who is president of the Royal College of Paediatrics and Child Health, said the benefit gained from closing schools had to be weighed against the costs. “Children’s education is damaged and their mental health may suffer, family finances are affected, key workers may need to stay home to look after children and vulnerable children may suffer most.”

“Countries that have closed schools, such as the UK, have to now ask hard questions about when and how to open schools. Interventions in schools, such as closing playgrounds, keeping students in constant class groups/classrooms, increasing spacing between students in classes, reducing the school week and staggering school start and break times across years or classes should be considered if restrictive social distancing policies are to be implemented for long periods of time.”