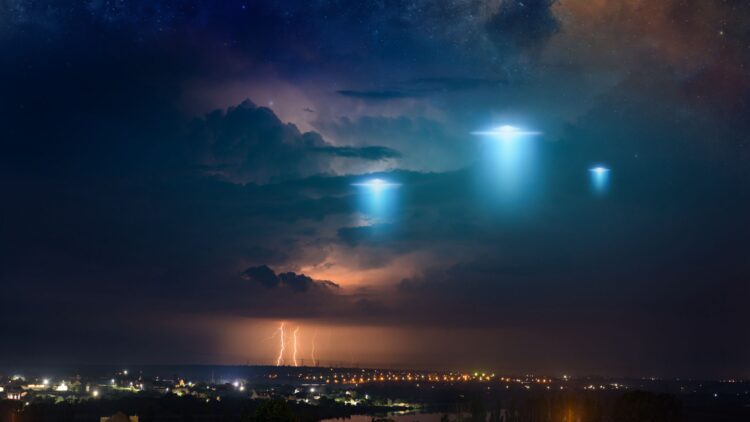 A new office in the Pentagon will investigate sightings of unidentified flying objects (UFOs), as pressure mounts up for the U.S government to be clear in their official position of what the mysterious entities really are.

The new office was codified in the National Defense Authorization Act, passed in December, which simply calls for the “establishment of office, organizational structure, and authorities to address unidentified aerial phenomena.”

The notion of Unidentified  Flying Objects (Ufos), recently modified to  unindentified aerial phenomena has been a subject of immense interest for decades , with dedicated ufologists in many cases photographing evidences of witnessed objects and establishing youtube channels dedicated to the phenomenon taken by U.S. military pilots seeming to show objects moving at impossible speeds and executing complex aerial maneuvers.

Multiple studies have been conducted on Ufos with particularly dedicated professionals closely examining the phenomenon over the years.

The group’s formation comes in the wake of a report released by the Officer of the Director of National Intelligence in conjunction with the US Navy aimed at investigating more than 140 sightings of UFOs in restricted US military airpsace since 2004.

A new group  called the Airborne Object Identification and Management Synchronization Group to  be overseen by the Under Secretary of Defense for Intelligence, the Joint Staff, and by officials from the Office of the Director of National Intelligence was formed in November 2021,

U.S. officials are mostly concerned about Earthbound threats, to ensure that foreign governments might be making advances in flight technology right under the U.S. military’s nose.

“Our national security efforts rely on aerial supremacy, and these phenomena present a challenge to our dominance,” said Sen. Kirsten Gillibrand, D-N.Y., who spearheaded the bipartisan measure. “The United States needs a coordinated effort to take control and understand whether these aerial phenomena belong to a foreign government or something else altogether.”

Non-technological explanations for many of the sightings have led to popular views that these objects are from another planet and potentially pose a different type of threat to nations of this earth which ahs not yet been manifested.  Throughout the years of extensive studies of ufos, they have never been known to cause harm to humans, but their extraordinary speed and ability to appear and re-appear in the skies, suggests they are capable of far more than we have been told.

example, a report of a “bright green” UFO over Canada in July 2021 occurred during the Perseid meteor shower, which is occasionally known to produce bright-green streaks as meteorites burn up in the atmosphere.

A glowing “doughnut” UFO photographed by a skywatcher in Switzerland could be an out-of-focus shot of a star. And the apparently physics-defying videos from U.S. Navy pilots seeming to show incredibly swift UFOs could be the result of an optical illusion called parallax, in which a video of a moving object taken by a moving camera accentuates the apparent movement of the object, making it seem to be going much faster than it actually is”.

Some researchers obsessively analyzing the phenomenon believe Ufos symbolize entities from outer space in the universe capable of influencing societies and people  to the extent of bringing about positive and negative changes.

They see them as expressions of other beings in unknown planets who are affecting this world is ways unknown to man, but which can be calculated.