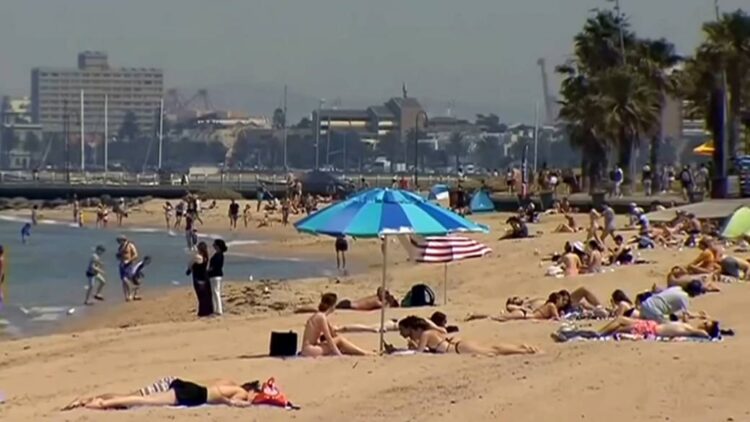 Australia has matched its hottest day on record as it recorded temperatures last reached more than 50 years ago.

Scorching temperatures of 50.7°C were recorded in Onslow, Western Australia today, January 13, marking only the fourth time the country has passed the 50°C mark in Bureau of Meteorology data going back to 1910.

The last time thermometers rose to such level of heat in Australia was in the 1960s, with a reading of 50.7°C on January 2, 1960 going unmatched until today. Onslow’s previous record was 48.9°C, which was set in 2008, though local media reports the average temperature in the town at this time of year is 36.5°C.

The 50.7C reading on 2 January 1960 was previously unrivalled as Australia’s hottest temperature for 62 years, with the following day almost as scorching at 50.3C, according to Bureau of Meteorology data going back nationally to 1910.

On Thursday, Onslow was joined by at least two other WA sites in breaking 50C, with both Roebourne airport and Mardie hitting 50.5C. Mardie had been there once before, on 19 February 1998 – Australia’s only other 50C-plus day among the four.

The extreme temperatures came towards the end of a searing heatwave over north-western WA in recent days.

Stonkingly hot winds from Australia’s red centre had been building, in part as a result of the movement across northern Australia of tropical cyclone Tiffany.

Now an ex-tropical cyclone, Tiffany dumped huge amounts of rain over northern Queensland and the Northern Territory, and could end up steering heavy rainfall into central and eastern Australia in coming days.

A number  of other WA towns were likely to have set temperature records for January or any time of the year.

Iron-ore export hub Karratha, also on WA’s north-west coast, reached 48.4C to exceed its previous high of 48.2C. Last year was the world’s fifth-hottest year on record, according to preliminary readings, and was likely the hottest recorded year with a La Niña event in the Pacific.

The record could be broken altogether this week as temperatures are set to rise slightly tomorrow, with Luke Huntington from the Bureau of Meteorology explaining that a build-up of hot air in the region had been caused by a lack of thunderstorms.

Two other areas, Mardie and Roebourne, also reported temperatures of more than 50°C today as they both hit 50.5°C. It was the second time Mardie had reached such heights after previously reaching above 50°C on February 19, 1998.

Residents in the boiling towns have described struggling to work in the hot conditions, as James Corea told ABC News that once the temperature reaches more than 45°C, it ‘feels like a million degrees’.