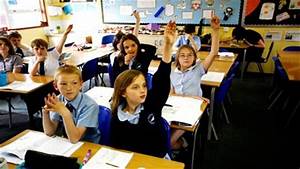 Embodied in the definition of maladministration is incorrectly opening test papers, cheating, or test administrators offering too much help to children. It also refers to changes made to test scripts by someone other than the pupil, or the inflation or deflation of teacher assessment judgements.

Stage 2 SATs exams are set at a relatively high standard, but can be  challenging for under prepared primary school pupils. Those who are focused in schools where they are taught properly generally do well and have no need to be involved in cheating.

Primary school pupils are expected to be supported by their parents at home to meet the expected standards that prepare them for their SATs exams.  Performing poorly in SATs can affect the academic confidence of  a child and set them back psychologically in secondary school if not addressed on time.

The most common allegation about key stage 2 SATs was that the test administrator over-aided pupils. The second most common was that there was an unauthorised test timetable variation,  the third being wrongly-opened test packs. All of the above are unacceptable.

The Department Of Education has set high standards for primary schools to prepare pupils for secondary school education and beyond. Teachers and parents are expected to help pupils achieve their potential.