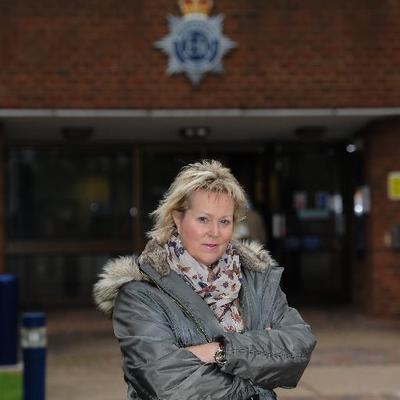 The National Police Chiefs Council (NPCC) have written to fellow Commissioners stating that the lockdown to be a personal and moral issue.

Kathryn Holloway, the Conservative Bedfordshire police and crime commissioner and APCC spokeswoman for civil contingencies has said she wrote to fellow commissioners on Tuesday to spell out the official position of the police in relation to the lockdown.

Ms Holloway (pictured)said that the government had accepted that police had “retreated” to engaging, explaining and encouraging rather than enforcing the lockdown. Her position threatens to undermine the lockdown further, given the tensions of the last few days.

Multiple breaches of lockdown rules have already  taken place in the UK since the lockdown was eased a fortnight ago. Beaches have been attended in masses in the past two weekends, as warnings from the Council have been massively ignored.

The prevention of mass gatherings is still a duty Holloway says officers intend to maintain.  However, senior officials say the revelations about government senior adviser, Dominic Cumming’s trip to Durham appears to have weakened the government’s resolve.

However, she and Martin Hewitt, chairman of the NPCC, had told the government they should not be responsible for enforcing guidelines.

She added that officers would still try to prevent mass gatherings and that she and Martin Hewitt, chairman of the NPCC, had told the government they should not be responsible for enforcing guidelines.

It follows the controversy that has arisen in connection with the Dominic Cummings row in which many members of the public are now using it as an excuse to breach the lockdown.

The issue about engaging, explaining rather than enforcement was first raised by Derbyshire Police at the end of March, after Lord Sumption publicly raised issue with the mechanisms of policing used to implement the lockdown.

Sumption said the police do not have the powers to enforce the law in the manner they were doing, prompting a review of how police should handle breaches of the lockdown. Even at that time, fines were being imposed once police felt their persuasions had been ignored.

Yesterday, West Midland DCC, David Jamieson, said officers were experiencing challenges with members of the public in terms of persuading them to observe the lockdown . The issue of double standards keeps coming up from flouting members of the public who view Cummings breach as a license for them to do the same.

Jamieson said confidence in the rules, confidence in government, and thereby the police’s ability to enforce has been undermined very much in the last few days.

What Jamieson didn’t say is that public confidence in the government is not required to obey the law. The law is meant to be obeyed by every citizen of the land, not violated because someone in government allegedly violated it.

Child care is listed in the guidelines as one of the reasons for going out, but Cumming’s excuse has largely been dismissed because his account has multiple reasons for his travel on the day in question. There is also the question of why he could not rely on others to look after his child, rather than him travelling out when he should be self -isolating.

The many questions and criticisms don’t change the fact that his reasons for travelling are much different from the reasons many members of the public will have to give to explain why they are out.

The rules as it stands is that people are allowed to go out for exercise or to meet up in the park with one other member of their household or another household. It doesn’t permit travels for leisure and should be seen as being open to interpretation. Not when it is set clearly enough for all to understand.