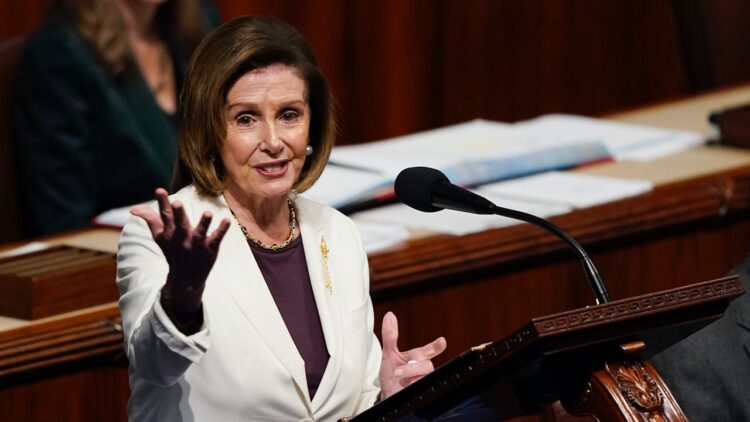 The 82-year-old, who is the most powerful Democrat in Congress and the first woman to serve as speaker of the House said she will continue to represent her California district in the lower chamber of Congress, but will give up her post as leader of the house.

After two decades in her respected post, she told CNN’s Anderson Cooper, that her decision on whether to stay in leadership “will be affected about what happened the last week or two.”

Pelosi has had a successful career, but seen her safety come under threat twice now in close shaves away from major danger. During the deadly insurrection on January 6 in Capitol Hill, thugs were heard shouting out ”Nancy Pelosi, where are you? Her political role was here posing a threat to her physical safety.

A grim reminder of that threat hit home when she heard how she narrowly escaped the hideous plans of an intruder at her home.

Her husband, Paul Pelosi, (82) had his skull fractured early Oct. 28 by an assailant wielding a hammer, after the other man broke into the Pelosi home in San Francisco, police have said.

David DePape, 42, has been charged with attempted murder and other state crimes in the attack.

Federal prosecutors have charged DePape with the federal crimes of attempted kidnapping of a federal official — Nancy Pelosi — and assaulting an immediate family member of a United States official with the intent to retaliate against the official.

Her announcement to step down comes as Republicans are projected to take back control of the House following the midterm elections.

Republican Kevin McCarthy has won the party’s nomination to be speaker in the new Congress and is likely to succeed Mrs Pelosi.

“I never would have thought that someday I would go from homemaker to House speaker,” Mrs Pelosi said in a statement in the chamber on Thursday.

“I will not seek re-election to Democratic leadership in the next Congress. The hour has come for a new generation to lead the Democratic caucus,” she said.

Mrs Pelosi will serve as speaker until January when a new Congress takes over and will remain in the seat she first took up in 1987 until January 2025.

The daughter of a congressman, she was born into an influential Democratic political family from Maryland -he her father and brother serving as mayors of Baltimore. Her background set her up for greatness from a child, as she developed the flair of politics even from the admiration of seeing her own family excel at it.

After decades of influence and success which has seen her revered among her political peers, the time to call it a day and enjoy the rest of her years has come.

New York congressman Hakeem Jeffries is widely expected to take up the top Democratic leadership post in the House, which would make him the first black congressional leader in US history.

Speaker of the House is the one congressional job detailed in the US Constitution. After the vice-president, it is next in line to the presidency.

The speaker and deputies and committee chairs determine what bills are considered and voted on. They set the agenda and decide the rules governing debate.

Mrs Pelosi became minority leader, the title held by the person leading the opposition in the House, in 2003. The Democrats then took control of the House for the first time in more than a decade in 2006, and she became the first woman to lead a major party in either chamber of Congress.

Although Pelosi will surrender her formal leadership seat, she will forever remain in Congress, where she is poised to assume a mentorship role and facilitate a smooth the transition for her new successor.