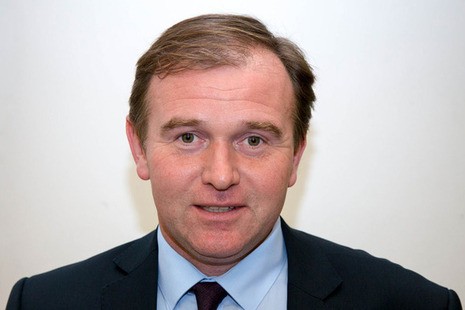 Members of the public  buying fuel when they do not need it are the cause of queues at petrol stations and empty pumps, the environment secretary has said.

The Secretary Of State for environment , George Eustice, called for people to continue to buy petrol the way they previously did, and not to contribute to the fuel shortage we can see, following a wide shortage of fuel that has left many without petrol.

It follows warnings on Sunday by The Petrol Retailers Association, which represents nearly 5,500 of the UK’s 8,000 filling stations, that up to two-thirds of outlets were out of fuel, with the rest of them “partly dry and running out soon”.

“The only reason we don’t have petrol in forecourts is because people are buying petrol when they don’t need it,” he said.
He said the lack of HGV drivers would have been “entirely manageable” if it were not for the reaction to media coverage about a limited number of forecourt closures.

“Things will calm down. Those who are anxious – many of them will have filled up their cars with petrol now and things will then return to normal.”

Mr Eustice said there were always civil contingency plans involving the Army but it was not thought necessary to call them in at the moment.

The transport secretary yesterday accused a haulage group of sparking the petrol panic-buying, the Independent reported. Grant Shapps said the queues and closures at stations were a “manufactured situation” created by the Road Haulage Association (RHA) leaking comments from BP bosses about supply concerns.

Speaking to Sky News’ Trevor Phillips On Sunday programme, Shapps said: “There was a meeting that took place about ten days ago, a private meeting in which one of the haulage associations decided to leak the details to media, and that has created, as we have seen, quite a large degree of concern as people naturally react to those things.”

Brian Madderson, chairman of the Petrol Retailers Association, said the industry had problems with a shortage of HGV drivers but it only became a “critical situation” when a submission by BP to the cabinet was leaked, sparking widespread coverage and panic buying.

“One of our members yesterday received a tanker at midday and by late afternoon the entire tanker had disappeared into people’s cars,” he told BBC Radio 4’s Today programme.

Mr Madderson said that customers themselves could solve the problem of pumps running dry.

“If they start buying in their normal quantities, £20 worth, 20 litres to fill up every week, we could see by the end of this week some return to normality – it won’t be perfect, but some return,” he said.