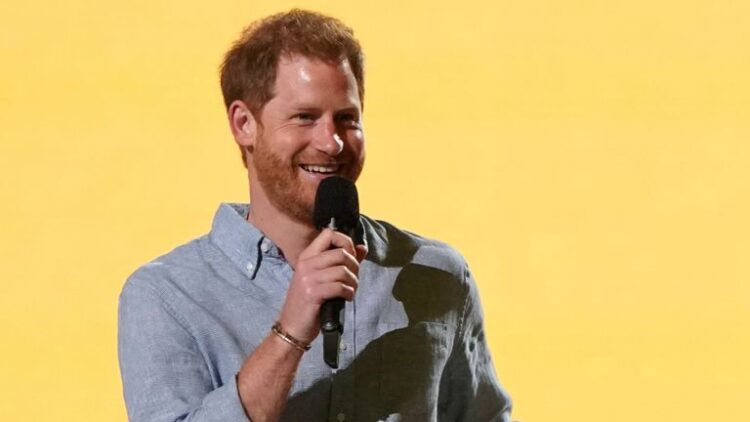 The wife of  Mr.Gove, Sarah Vine, has placed some of the blame of the royal rift between  the Duke and Duchess Of Sussex on Prince Harry, as she said that the  “real Prince Harry” and Meghan Markle is not “the only one to blame” for the rift between the couple and the rest of the Royal Family.

The Daily Mail Columnist  said the Duke of Sussex’s comments during The Armchair Expert with Dax Shepard podcast show him to be “just as complicit” for the attacks on the royals.

Ms Vine was plain  that the bulk of the blame for the royal feud had been placed on Meghan Markle for the fall out with the royal family.

She explained that there was only one plausible explanation in most people’s mind as to why this royal family crises is happening- Meghan. ”

Ms Vine wrote:”She had stolen his heart and was now busy reformatting his mind, undermining his relationship with his family, his country, his Crown, and reshaping him as her ticket to fame and fortune”, she suggested.

Ms Vine’s interest in the royal family feud has been a topic of discussion among  some observing analysts, who wonder whether her  comments and criticisms against the couple are a reflection of any  personal affiliations with the royal family or their associates, or whether it represents her  independent and unbiased criticism against the couple for the way things have turned out.

Her comment in the Sunday publication hold some sway in the light of the present facts  that Prince Harry and his wife are out of the royal family, and Harry was incontrovertible in his claim to have had enough of the lifestyle of being in the royal family.

Like the outspoken columnist said, Meghan Markle is believed to be the main trouble shooter in the royal family feud, with a large number of people blaming her for the fall out, while some choose to defend the former U.S actress.

Opinions are split among the British public as to whether Ms Markle showed  some bad character during her time at the palace in any way that led to the wider breakdown.

Her comments follows  a revelation from Prince Harry, 36,   during a U.S  podcast that he had wanted to quit the Firm in his 20s,  “look what it did to my mum”, as well as suggesting he’d inherited his parents’ pain.

In her Sunday Mail column, Ms Vine said Harry was “just starting to be himself”, and had not been brainwashed by Meghan Markle.

She added: “I don’t think she [Meghan] is the only one to blame. I believe Harry is just as complicit. It’s only that we’ve never really wanted to accept it because in our minds he is still that tragic young boy at his mother’s funeral.

“But that Harry is gone now and the man we see before us is a very different kettle of fish. Far from being brainwashed by Meghan, I think he’s just starting to be himself.”

In the bombshell podcast released last week, Harry expressed a desire to break the cycle  of genetic pain for his own children.

He did, however, say “there is no blame”, and the finger should not be pointed at anybody.

He said: “I don’t think we should be pointing the finger or blaming anybody, but certainly when it comes to parenting, if I’ve experienced some form of pain or suffering because of the pain or suffering that perhaps my father or my parents had suffered, I’m going to make sure I break that cycle so that I don’t pass it on, basically.

“It’s a lot of genetic pain and suffering that gets passed on anyway so we as parents should be doing the most we can to try and say ‘you know what, that happened to me, I’m going to make sure that doesn’t happen to you’.”

Ms Vine said he has clearly “harboured deep resentment” for his father and the family for the “unfair way” he feels Diana was treated.

She added that while we’ve “seen glimpses of that before” he has “finally spelled it out”, having married someone who he probably knew “would never take to public life in Britain” and who could “provide him with the perfect excuse to leave”.

Ms Vine’s comments interestingly suggests that Prince Harry may have known that his choice of Meghan would have given him the perfect excuse to leave the Monarchy, now that he is speaking out.

The assessment opens up a potentially credible idea that given Meghan Markle’s acting background and  her perceived  passion for celebrity status, Prince Harry would likely have seen this crash coming and set it up for his way out.

The view has appeal due of the fact Prince Harry has made the statement that he long wanted outs from the royal family.

We know of a situation in which Meghan Markle was said to have argued with the maids over whether there was meat in a cooked stew  for her wedding which she expected to be Vegan .

It has also been reported that Kate Middleton once told her off for ordering her maids around.

Whether the fall out was due to a clash of characters or Meghan Markle being too pushy has never been clarified. Her critics suggest the latter, but the Duke Of Sussex’s  own complaints of mental health issues has thrown the topic up for grabs in the world of opinion.

Many minds would wonder how likely it is that Prince Harry actually foresaw an incompatibility between Meghan Markle and the royal family from the beginning, because of the Duke’s latest admission to have wanted outs a long time ago.

However, the comments on the podcast, which were designed to offend Prince Charles, could simply be an expression of how angry Harry is with his father for not intervening with negative press reports about he and his wife, and most recently.

Prince Charles’s decision to publish a celebratory  birthday picture of Archie , Prince Harry, and himself with the exclusion of Meghan Markle.