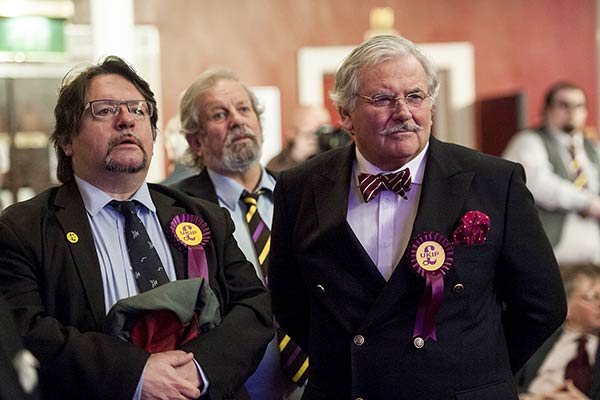 Members of UKIP’s Northern Ireland branch have announced they have severed ties with the party over its “silence” on the NI Protocol.

The political party was founded in 1993, with its principal aim being to take Britain out of the European Union, after  originating as the Anti-Federalist League, a single-issue Eurosceptic party established in London by Alan Sked in 1991

It was the efforts of UKIP that forced former Prime Minister David Cameron’s hand into holding an In/Out Referendum on 23rd June 2016, and was instrumental in bringing about the largest democratic vote in British history.

In a statement, aggrieved  NI members,  expressed frustration and anger, stating that many in Northern Ireland were “politically homeless” until UKIP brought them in from the cold.

They added: “The attraction of a party which embraced Northern Ireland as an equal partner in the UK family of nations was instant and in contrast to parochial local parties with little interest in contributing to the wider interests of the United Kingdom.

“In 2014 UKIP was filling a growing political gap between the electorate and the UK Government/Opposition parties and, in the European Parliament Elections of that year, became the first party other than Conservative or Labour to win a UK wide election in almost a century.

“This victory was the principle reason the government granted a referendum on leaving the EU leading to the UK shaking off the shackles of undemocratic EU rule.”

The UK Independence Party when it was formed was to leave the European Union.

Former Northern Ireland UKIP members said they have become “increasingly disillusioned and frustrated” by senior members of the party, who they claim, show little real interest in Northern Ireland or its people.

The NI branch has claimed senior members have “undermined” the party and the work on the ground by “grassroots patriots”.

“On August 14 at the UKIP NI Regional Branch AGM members unanimously passed a motion noting the breach of trust between the current UKIP leadership and party members and resolving that the NI Regional Branch be disbanded. This disbandment has now been completed.

“Former UKIP Northern Ireland members will remain as a group dedicated to furthering the cause of the Union, ending the Northern Ireland Protocol, bringing down the current debacle at Stormont and advancing other causes which we all hold dear.”