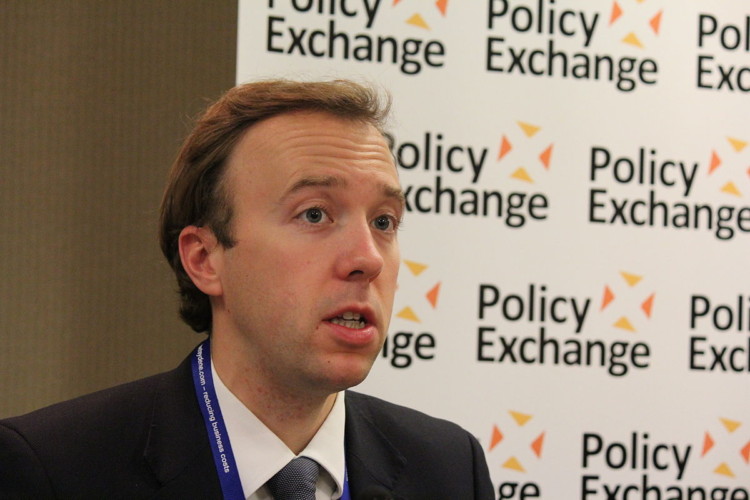 Culture secretary Matt Hancock has welcomed MPs rejection in rejecting Labours bid to force press organisations to pay legal costs to those who sue them in court.

Hancock hailed the outcome of the vote as a “great day for a free and fair press” after MPs narrowly defeated attempts to establish a new inquiry into media and police relations.

Mr Miliband had planned to make an amendment which would establish a new statutory inquiry into all media organisations, drawing in all broadcast, print or online media and journalists. The controversial move is perceived as an attack on free speech.

Mr Tom Watson had ridiculously planned to introduce draconian Section 40 costs sanctions into the data protection regime. Under his plans, publishers will be required to pay all the claimants’ costs of legal actions brought against them as well as their own, win or lose. Despite modifications purporting to exempt local papers, the cost sanctions would still impact on 85 per cent of the local press.

The Culture Secretary added the Government will work “closely” with the Independent Press Standards Organisation (Ipso), the self-regulatory body, to ensure its “important work continues”.

But this was rejected by 304 votes to 295, majority nine when pushed to a vote in the Commons – prompting cries of “shame” in the chamber.

Ahead of the vote, Mr Hancock confirmed that Her Majesty’s Inspectorate of Constabulary would be undertaking a review of how police forces were adhering to new media relations guidance – as recommended by Sir Brian Leveson.

He added a person would also be responsible for reviewing standards of the press in Northern Ireland, which DUP MP Ian Paisley suggested could be viewed as a “Leveson for Northern Ireland” – an announcement branded “extraordinary” by Mr Miliband.

A separate Labour bid to introduce a measure forcing publishers not signed up to a state-backed regulator to pay their opponent’s legal costs in relation to alleged data breaches even if they won the case also faltered.

Archant’s Matt Kelly said: “We are deeply concerned by the effect the Section 40 costs sanctions and proposed inquiry would have on our business. MPs must stand up for the local newspapers and local democracy by decisively rejecting both measures today.”

Meanwhile, the chairman of industry body News Media Association has said attempts to use the data protection regime to stifle freedom of speech pose a grave threat to local newspaper journalism which does so much good in our society.

Kelly was speaking to journalists during a visit to local newspapers in Chichester. Chairing the meeting, David Dinsmore praised local papers “as a force for good in our society”, but warned of the dangers if MPs fail to reject the Data Protection Bill amendments.

Prime minister, Theresa May had also told her Cabinet “it was important for the Government to resist amendments which could undermine our free Press”, her spokesman said.

The first amendment, tabled by former Labour leader Ed Miliband, could set-up a new statutory probe into the media after the Government scrapped the second part of the Leveson Inquiry, triggering fury from campaigners.

A second amendment, by Labour’s deputy leader Tom Watson, would see publishers not signed up to a state-supported regulator pay their own and their opponent’s legal costs in relation to alleged data protection breaches, even if they were successful in court.

The Government has already announced it will not put into effect and seek to repeal a similar measure, which is contained in Section 40 of the Crime and Courts Act.

The No 10 spokesman said: “Almost £50million of public money has already been spent on investigating phone hacking, and establishing a further public inquiry requiring great time and expense is not a proportionate solution to allegations that have already been the subject of several extensive police investigations or ongoing investigations by the Information Commissioner’s Office.

“The PM said the Government remains committed to a voluntary system of independent Press self-regulation and the amendment on Section 40 would force the Press to sign up to a system which has already been outright rejected by the majority of publications.

“It is also unnecessary and disproportionate given we now have an independent and strengthened system of regulation, with IPSO making continued improvements such as the introduction of a mandatory arbitration scheme in line with Lord Justice Leveson’s recommendations”.

Thankfully, common sense prevailed and Mps voted against the recommendation to compel press organisations to pay the legal fees of opponents, even if they had won a legal suit. The idea was actually a senseless one without much legitimate though given to it.