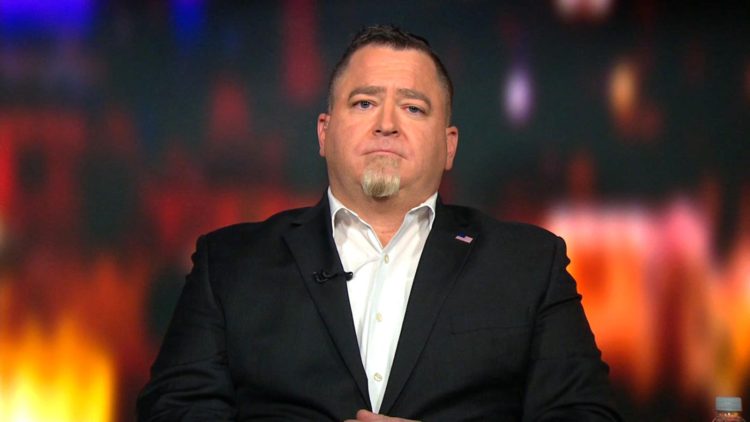 “The footage will reveal craft more advanced than anything currently in human existence”, Elizindo has said.

Luis Elizondo the man who led the US Department of Defense Advance Aerial Threat Identification Program (AATIP) says the Pentagon is to release more ufo footage very soon. Luis Elizondo ran the AATIO from 2007 to 2012 at a cost of £16 million.

In October, after resigning from the department to join a UFO research group he was behind the release of two videos caught on US Navy pilot radar cameras. The sightings has increased his drive to push the ufo disclosure programme even more.

One of the military radar videos was filmed off the coast of San Diego in November 2004 by US Navy pilots who described seeing several while UFOs shaped like the sweet Tic-Tacs, known as the Nimitz UFO incident. However, the video has had its share of criticism from skeptics.

This has led Mr. Luis Elizondo to reveal that there is more to come, including video recordings of encounters
Speaking about his former role, he said:

“It was in this position that I learned the phenomena is indeed real.”

“The Department of Defense made the decision to release them.

“Released at the unclassified level through the DOD, approved the release for exactly the reason why the request was made. So, it was completely on the up and up.”

The strong resistance against Ufos from the establishment is gradually crumbling away. This topic has been surrounded by plenty of secrecy ever since the first recorded sighting in 1947, but this is gradually changing. The revelation early this year that the Pentagon has undertaken an expensive investigation into Ufos confirms the reality and seriousness of this research.

What exactly these UFOs are doing, and what the scope of their capabilities are is crucial to human knowledge. We know UFOs have caused air crashes in the past, but we also know they have been sighted turning off nuclear missile facilities in the past, but never nuclear power plants, perhaps because it would cause a meltdown, and also because they are not weapons. So, we have them conducting considerate acts at the same time as wreaking havoc in some instances .

The term flying saucer first entered the modern lexicon after the Roswell Daily Record Story in 1947.. Never before had this term existed in human history.

Following the sensational story of an RAAF capturing a flying saucer on a Ranch in the Roswell region, more sightings of 100’s more UFO sightings increased the curiosity of UFO enthusiasts and investigators. over the coming months and years.

The army retracted their admission of seeing UFOs for many reasons during the Roswell event. This event had occurred just two years after the end of the second world war, so security issues were still high. The army would not have wanted their enemies to know what they had just discovered. They were unsure whether the sighting could have been evidence of new foreign technology which could theoretically be used against America. In those days, jets didn’t even exist at the time, so seeing something move so fast and with jerking movement must have been mind boggling.

Ever since that historical sighting by RAAF pilot Kenneth Arnold, there have been several thousand more sightings of UFOs over the decades, both by commercial and military pilots but they have often been subjected to secrecy or debate and skepticism. Those open minded observers who have taken time to study footage of UFOs professionally , and listened to the accounts of pilots of military jets , and a multitude of witnesses will be left with no doubt that the testimonies of UFOs are real.

The more pressing need for the disclosure comes as we as a human race can begin to investigate our history with fuller knowledge and curiosity about the higher forces that exist in our universe. We need to know what they are, and what their long term purpose is. We also need to know in what ways they may be influencing humanity

The American air force became the first organisation in the world to investigate the UFO phenomenon. They were in no doubt they were dealing with a unique phenomenon, but they did not know what they were. Half of Hitler’s scientists went to Russia and half went to America, during operation paper clip. There was much paranoia during the cold war that the Soviet Union was making flying saucers as potential weapons. Their main concern was that these objects were not human.

Alfred Loden was appointed as the head aeronautical engineer for  project in 1947, hr was best qualified to study these craft because of his aeronautical expertise. The scientists working with Loden confirmed that the objects were not in human existence. Since then scientists have continued this research under an intelligence truth embargo. They feel the need to fully understand the alien existence first before presenting it to the world, but they can involve us all in the investigative and reasoning process of finding out what they are.

They can start by first disclosing in no uncertain terms that there is a community of alien life out there that use a transport system unknown to man, and which move up to a 100 times faster than the fastest jet in current existence, as picked up on radar and satellite.

Who are the beings that operate these ‘out of this world? The thought could be a little worrying and scary, but it is one we must face up to sooner rather than later.

Astronaut Dr Edgar Mitchell on the truth embargo of UFOs:

UFO Disclosure, From Conspiracy Theory To Reality, 2018 The year of DISCLOSURE