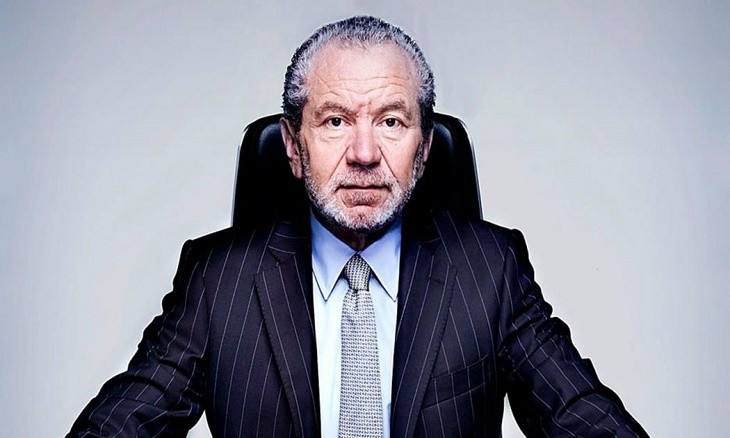 Lord Sugar has cruelly compared Piers Morgan to Adolf Hitler, after saying  he knows him personally and”its all about him.

Lord Sugar’s comments came after a social media follower defended Mr Morgan in saying that Piers was fighting for justice. Lord Sugar replied: “You are fooled. Can I remind you how Hitler convinced a nation with his rantings.

“You have to know the man. I do and you don’t. Trust me it’s all about him.

“He does not give a s*** about the matters he is raising. He just jumps on the bandwagon topic of the week.”
Lord Sugar’s angry rant came after Piers Morgan published a post on twitter, celebrating a U turn made by prime minister Boris Johnson

The PM has asked the Home Office and the Department for Health and Social Care to remove NHS and care workers from the extra charge whenever they can.

Piers told his 7.5million followers: “We campaigned on @GMB for PM to scrap migrant NHS surcharge. He did. We’ll keep doing our jobs, no amount of complaints to @Ofcom will stop us.”

In a series of tweets, furious Lord Sugar replied: “…..YOU DELUDED PILLOCK TAKING CREDIT FOR THIS AND CAPTAIN TOM’S KNIGHTHOOD. WHO THE BLOODY HELL DO YOU THINK YOU ARE?”

He added: “It’s to the Prime Minister’s credit that he’s done so. YOU STILL WONT KNIGHTED.”

The pair have made a habit of confronting each other on the social media site, even challenging themselves to a weight loss duel live on the ITV breakfast show on on occasion.

However, their relationship appears to have deteriorated, with Lord Sugar accusing Piers Morgan of Scaremongering.

Piers has sparked speculation he may be leaving Good Morning Britain for good and may not return back to the show after the half-term break.

After telling his audience he will be taking some time away from the camera, he said: “Today could be our last day. You never know do you? These days.”It’s odd having half-term off when the kids aren’t even at school, so it’s weird taking half-term off,” Susanna agreed, nodding to her co-star.

“Everybody needs a little time out,” he said.

The television host received over 500 complaints to Ofcom for  the manner of his grilling of Mps over the coronavirus crisis.