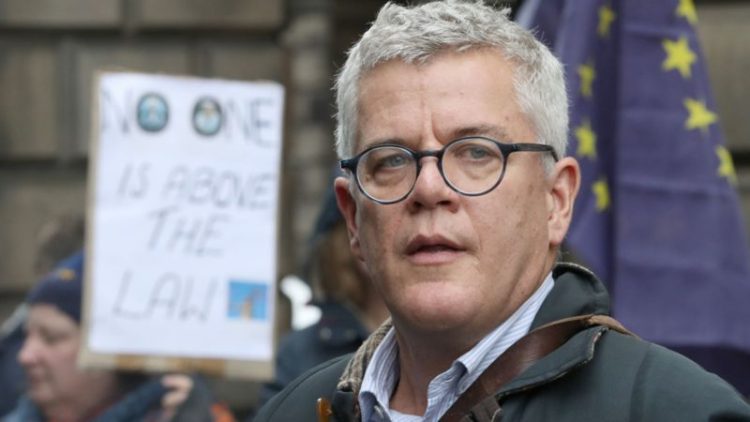 A legal battle is underway after a Scottish judge dismissed a move to force Boris Johnson to honour a law aimed at preventing a no-deal Brexit. The move was made in response to public statements made by the Uk prime minister indicating that he had no intentions of seeking for a delay to talks, but would force Brexit by October 31, deal or no deal.

However, the courts have rejected a challenge which failed to provide solid basis that Boris Johnson had no intention of abiding by the law in the face of his strong determination to get Brexit done by the end of October- in three weeks time.

The Scottish legal action was initiated by businessman Dale Vince, QC Jo Maugham and SNP MP Joanna Cherry.The pair  want the Court of Session, Scotland’s highest court, to rule on the extent to which Mr Johnson was bound by the so-called Benn Act.

The legislation was passed by MPs with the intention of preventing the UK leaving the European Union without a deal on 31 October.
The Outer House of the court ruled that the case against the Prime Minister had not been “based on reasonable apprehension of breach of statutory duty”

“I am not satisfied that the petitioners have made out their case based on reasonable apprehension of breach of statutory duty on the part of the Prime Minister.”

Lord Pentland said: “Having regard to the Prime Minister’s and the Government’s unequivocal assurances before the court in the pleadings, in the note of argument and in oral submissions that they will comply with the 2019 Act, I am not persuaded that it is necessary for the court to grant the orders sought or any variant of them.

Lord Pentland said there could be “no doubt” that the prime minister had agreed to abide by the law. And he said it would be “destructive of one of the core principles of constitutional propriety and of the mutual trust that is the bedrock of the relationship between the court and the Crown” if Mr Johnson reneged on his assurances to the court.

The law  requires the prime minister to send a letter to the EU formally requesting an extension to the Brexit timetable if no deal is signed off by Parliament by 19 October,unless MPs agree to a no-deal Brexit. Public statements by the prime minister stating his insistence on ensuring Brexit by the end of October sparked the legal court challenge at ahnd.

The petitioners argued that  public statements by the prime minster suggests he  was planning to break the law by refusing to ask for an extension.

The judge ruled that the UK government’s public statements were an expression of its “political policy” and were “clearly not intended to be taken as conclusive statements of the government’s understanding of its legal obligations”.

Lord Pentland said the prime minister and the government had given “unequivocal assurances” to comply with the 2019 Act.
As a result, he was “not persuaded that it was necessary for the court to grant the orders sought or any variant of them.