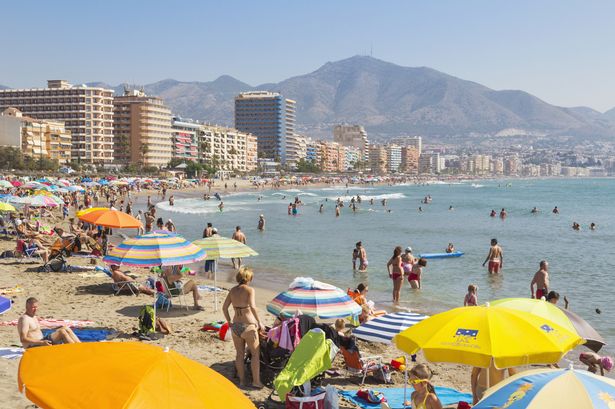 EasyJet has reported a spike in flight bookings of more than 300 per cent, while holiday bookings were up more than 600 per cent week-on-week. Destinations such as Spain, Portugal and Greece were the most popular, with August, July and September top travel months.

Europe’s largest airline, Ryanair, also reported a “large surge in bookings” to destinations in Spain, Greece and Italy. The owner of UK-based holiday firms Hoseasons and Cottages.com said it sold a record 10,000 breaks.

He added: “The announcement from the prime minister on 22 February was positive and shows that by working with the travel industry on a risk-based framework our customers will have the opportunity to travel abroad this summer.

“We will continue to work closely with the government so people can look forward to a well-deserved break away, after what has been a very difficult year for many.”

EasyJet said flight bookings from the UK jumped 337% and package holiday bookings surged 630% compared with a week earlier, with Málaga, Alicante and Palma in Spain, Faro in Portugal and the Greek island of Crete among the top destinations. August breaks are the most popular, followed by July and September.

Johan Lundgren, the easyJet chief executive, said: “We have consistently seen that there is pent-up demand for travel and this surge in bookings shows the signal from the government that it plans to reopen travel has been what UK consumers have been waiting for.”

At the moment, all travellers to the UK must quarantine for 10 days, and travellers from 33 “red list” countries must pay for hotel quarantine, with a price tag of £1,750 per traveller.

International travel for all but the slimmest essential reasons remains banned until that date.

The new Global Travel Task Force will report on 12 April as to whether outbound summer holidays can go ahead.

The roadmap announcement gave a degree of much-needed clarity to the beleaguered travel industry, which warned the government it would face “its fourth winter” in two years if clarity was not given on a restart date.

As part of the government’s planned easing of Covid-19 restrictions, Boris Johnson said a travel taskforce would set out plans on 12 April on the return to international travel “so people can plan for the summer”. The ban on international travel will not be lifted until 17 May at the earliest, however, which means Easter breaks are off the table.

The Thomas Cook chief executive, Alan French, said: “The government’s announcement is good news for those of us desperate to get away on holiday. While we await more details, it’s clear that the government’s ambition is to open up international travel in the coming months and hopefully in time for the summer holidays.”