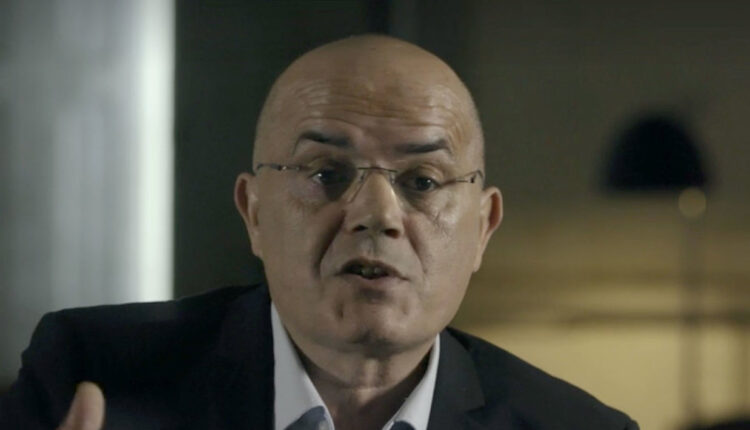 A former police officer involved in the Madeleine McCann case has stunningly claimed mother Kate McCann’s reaction to her daughter going missing was “not normal”.

Portuguese ex-cop Goncalo Amaral accused the McCanns of a cover-up and insisted Kate should have been more emotional the day her daughter vanished.

The allegations of the  lead investigator  who was eventually sacked in October 2007 for criticising British police, are now the subject of a new documentary looking at the disappearance of Maddie.

The McCanns had left Maddie, then just 3, asleep with twin siblings Sean and Amelie to go and eat tapas with their holiday friends at a bar near their Praia da Luz apartment.

In the documentary Targeting Kate in Prime Suspect: The Madeleine McCann Case, Amaral’s allegations are aired.

He said: “She has two children asleep in a cot.

“She leaves them and then goes back to where she was having dinner when she could have gone on to the balcony and screamed or picked up the phone and asked for help.

“She walked 100 metres or 200 metres back to the restaurant – that’s not normal.

“They talk a lot but they don’t present any evidence.

“The question is what are they up to? Why are they not telling us anything? There is a huge lack of evidence.

“Simply finding someone that fits a profile isn’t good enough. This suspect is almost the perfect suspect.”

Amaral was involved in a long legal battle with the McCanns after releasing his book in 2008 titled The truth of the Lie.

In it, he accused the family of covering up Maddie’s accidental death.

Amaral, 61, told a Spanish TV programme in December 2019 when shown a picture of another man previously linked to Maddie’s abduction that the supposed kidnapper was “similar, very similar” to her father Gerry McCann.

He also made unsubstantiated claims MI5 spies had helped to cover up Maddie’s disappearance and death.

In response, Gerry has previously said Amaral’s claims have harmed their search for Maddie.

“I’m sure it’s a very small minority of people who spend their time doing it, but it has totally inhabited what we do.”

Meanwhile, Brueckner’s lawyer, Friedrich Fulscher, says his client has nothing to do with the case despite being placed in the vicinity of the McCanns’ resort complex the night Maddie went missing.

The McCanns have repeatedly said the fake accusations against them have harmed the search for Madeleine.

The McCanns have repeatedly said the fake accusations against them have harmed the search for Madeleine.

Despite German authorities’ efforts to pin it on Brueckner, his lawyer says there is no evidence he is involved.

“My client hasn’t been charged with anything.

“He is under investigation and under suspicion. I have to assume that they do not have any concrete evidence. I think that’s quite typical for us Germans.

“We think we are something special, at least in Europe, and think we can do things better than other nations. We will see if that is the case but I don’t think so.