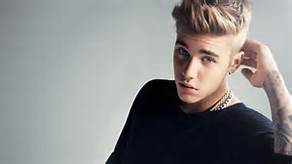 Justin Bieber has sold the rights to his music in a deal worth reportedly $200m (£162m), making the Baby and Love Yourself artist one of the youngest superstars to cash in on his life’s work.

The 28-year-old has sold all the rights to the 291 songs he has released, or has an interest in, up until the end of 2021, to Hipgnosis Songs Capital, the music rights business backed with an initial $1bn from the private equity firm Blackstone.

The business is managed by Hipgnosis Song Management, which is run by the music mogul Merck Mercuriadis, who founded a separate London-listed music rights business also called Hipgnosis, which has spent $2bn on music deals since 2018.

“This acquisition ranks among the biggest deals ever made for an artist under the age of 70,” said Mercuriadis. “At only 28 years of age, he is one of a handful of defining artists of the streaming era that has revitalised the entire music industry.”

Bieber released six studio albums between 2010 and 2021, as well as a number of remix and compilation albums.

Investors in music rights have also viewed the evergreen value of classic catalogue music as a safer investment due to the known popularity of songs that have found a stable fanbase over decades.

The songs can be turned into a source of income in a variety of different ways, including streaming, the physical purchase of CDs or vinyl records, downloads, live performances or by licensing their use to the makers of films, TV shows and, increasingly, computer games.

Though Bieber’s share of artist royalties for his masters will now be routed to Hipgnosis, UMG will continue to own the recorded music copyrights to his works in perpetuity.

“The impact of Justin Bieber on global culture over the last 14 years has truly been remarkable,” said Mercuriadis in a statement. “At only 28 years of age, he is one of a handful of defining artists of the streaming era that has revitalized the entire music industry, taking a loyal and worldwide audience with him on a journey from teen phenomenon to culturally important artist. This acquisition ranks among the biggest deals ever made for an artist under the age of 70, such is the power of this incredible catalog that has almost 82 million monthly listeners and over 30 billion streams on Spotify alone. Scooter Braun has helped him build a magnificent catalogue, and it’s a pleasure to welcome Justin and his incredible songs and recordings to the Hipgnosis family.”

“I want to thank Merck and his entire Hipgnosis team and all of our partners involved for working so hard to make this historic deal happen,” says Scooter Braun, Bieber’s manager for 15 years, founder of SB Projects and CEO of HYBE America. “When Justin made the decision to make a catalog deal we quickly found the best partner to preserve and grow this amazing legacy was Merck and Hipgnosis.

For over a decade now Justin Bieber has entertained us and moved us with some of the biggest songs in the world. I’m so proud of him and all those involved over the years in helping amass this incredible body of work. Justin is truly a once in a generation artist and that is reflected and acknowledged by the magnitude of this deal. For 15 years I have been grateful to witness this journey and today I am happy for all those involved. Justin’s greatness is just beginning.”

In 1997, he and his management team came up with the idea of selling asset-backed securities to investors, paying them a return from a share of his future royalties for the next 10 years. He raised $55m (£44m) from the sale of these ‘Bowie bonds’, some of which, ironically, he used to buy back rights to some of his earlier recordings from his former manager.

Merck Mercuriadis, the founder of Hipgnosis, has built on that idea by seeking to commercialise the rights to back catalogues more aggressively, by seeking to make songs an asset class in their own right and by doing so via a stock market-listed vehicle.