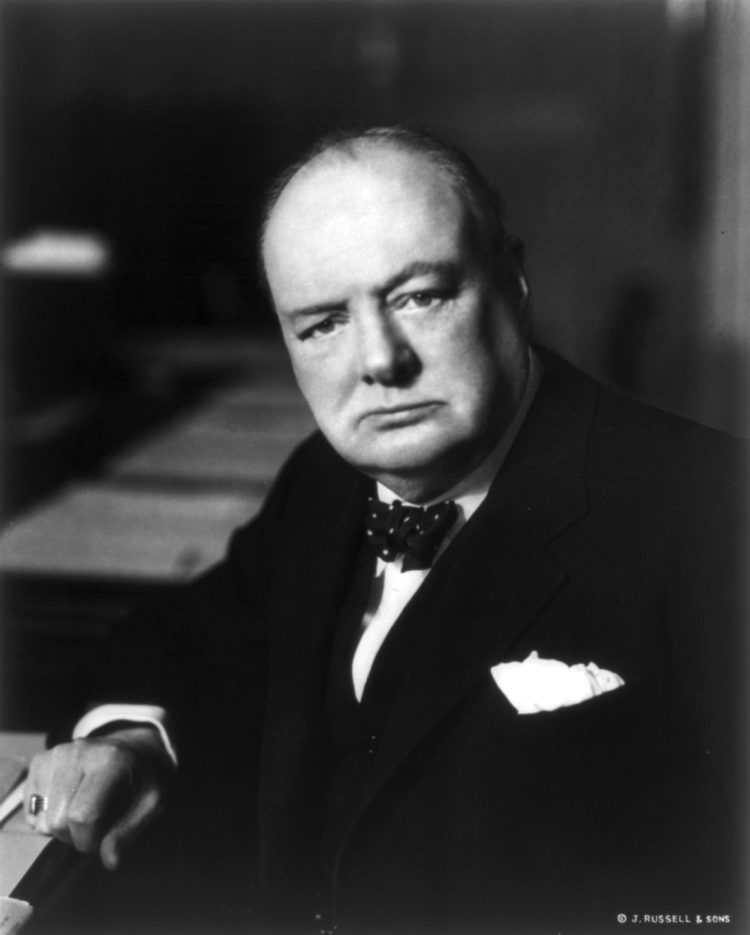 Joe  Biden  has authorised the removal of the picture of Britain’s most celebrated prime minister, Winston Churchill from the White House.

As the newly elected U.S president invited journalists to the White House  to witness the signing of executive orders, observant journalists noted the absence of the former revered British prime minister.

The picture of Cesar Chavez, the Latino-American labour leader and civil rights activist, were among those spotted  close to framed family photographs on a desk behind the new president.

Conspicuously missing was a bust of former British prime minister Winston Churchill, which Donald Trump returned to the iconic room hours after he was sworn in. It is no longer on display.

Downing Street refused to be drawn into comment about the missing display.

A spokesperson officially stated: “The Oval Office is the president’s private office and it’s up to the president to decorate it as he wishes,” said the prime minister’s official spokesman, reiterating Mr Johnson’s assertion that he was excited to work with Mr Biden.

They added: “We’re in no doubt of the importance that President Biden places on the UK and U.S relationship, and the prime minister looks forward to having a close relationship with him.”

Only last June in London, angry protesters were pursuing the destruction of  statues of historical  colonial masters in the city, in the wake of  the brutal killing of George Floyd in Minnesota, Texas.

The statue in London’s Parliament Square had to be boxed up ahead  evening Black Lives Matter protest last June, following the death of George Floyd by veteran police office, Derek Chauvin. Chauvin is on trial for the first degree murder of Mr.Floyd, whose killing captured on film sparked a world wide black lives matters protest at the height of the pandemic.

Joe Biden is determined to dramatically undue the failings that underpinned the Trump administration, one of his objectives being to demonstrate a will to confront systemic racism head on, and instil admirable standards among law abiding American citizens.

Winston Churchill was idolised by Brits the word over. His oratory skills and and almost ethereal  qualities elevated him to monumental proportions. Like all humans, he had flaws, a superiority to other races was one of his painful vices.

Some analysts say Churchill’s deplorable perspective can be mitigated by the possibility he was promoted his race because he had not been exposed to eminent individuals from  minority races. According to those views, Churchill was simply a patriotic leader trying to advance his country’s reputation.

This has been presented as one of the reasons Churchill’s supporters believe he should be celebrated. The fact he was the epitome of  conquest is something many of Churchill’s fan consider greatness; racism simply being the by product of discovery .

Biden’s actions constitutes a statement that implicitly denounces the Churchill’s most serious weakness,  as he pursues the vision of shunning  all racist conduct and trying to actually make America great again.

Today, the portrait of President Franklin D Roosevelt hangs in front of the Resolute Desk – one office feature that remains and which was built from oak used in the British Arctic exploration ship HMS Resolute.

Paintings of presidents George Washington, Thomas Jefferson and Abraham Lincoln, and former Treasury Secretary Alexander Hamilton, were visibly placed next to each other.

Benjamin Franklin, one of the founding fathers of the United States, also peers down at Mr Biden from a portrait on a nearby wall.

The  pictorial set up is an incredible reflection of the new president’s determination to try and revolutionise America. Exuding brilliance in almost every word uttered from his mouth.

President Joe Biden has established a formidable team aligned to an ambitious set of ideas. The highly dignified president has expressed a zero tolerance to racism, in his bid to stamp out a malady has beset America for decades, if not centuries.

The power of his example will invariably set high standards against which other political leaders can be gauged.

President Biden brings with him high standards worthy of emulation, challenging not just every American, but every human citizen to step up to the standards of decent treatment of their fellow men.