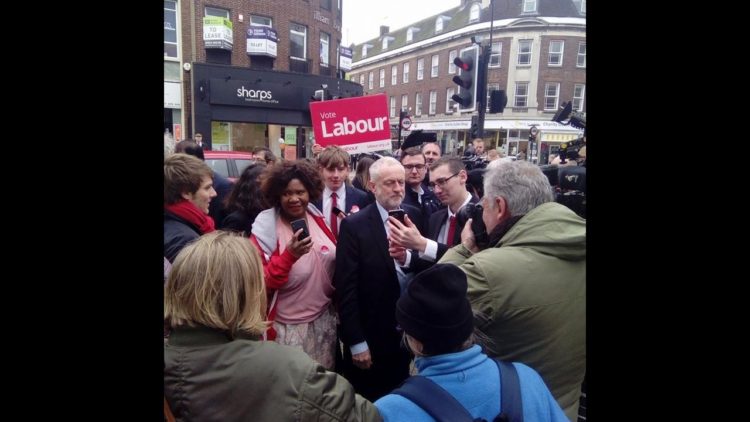 The Labour leader, Jeremy Corbyn, who claims to be the most travelled party leader is on his final tour of the UK.

Moving between an event this morning in Scotland, he headed to the Midlands and Bedford, before his last rally in London on Wednesday night.

Corbyn said: “I am utterly determined we go flat out between now and 10pm tomorrow evening to get everyone to vote, and hopefully vote Labour, and recognise in our manifesto there is hope, there is something positive.”

Teesside and County Durham are major targets for the Tories in this election, with Labour-held Stockton South, Bishop Auckland, Darlington, Sedgefield and Redcar among the seats they hope to gain. Labour are determined to win back Middlesbrough South and East Cleveland which went Tory in 2017.

Corbyn has been accused of being weak on allegations of anti semetism in his party after several allegations led to an investigation by the Equality Commission and a documentary by panorama.  The Labour leader has also been accused of  associating with terrorist groups, factors that could affect his ratings  amongst some of the electorate. Hewill be hoping those issues do not affect his vote