Indegenous Aborigines in Australia are hoping King Charles’s reign leads to reparations that draw a line over Britan’s colonial past in the country.

The mass protests by Australians on Thursday as the British Monarchy was observing an extra week of mourning showed just how powerful and significant the Queen’s death is, and the conflicting impact it had on different people.

Some protesters made no secret of the fact they were celebrating the queen’s death because of the opportunity in provides for the country to break away from its historical affiliation with the Monarchy.

Celebrating someone’s death is inconsiderate and less likely to attract support for the course those protesting hope to achieve. Queen Elizabeth was a figure head far removed from politics, but her critics can say that if she strongly opposed the idea of colonialism and the riches it produced, she could have personally made some effort to call for some of the artefacts and materials that adorn her palace.

A decision to lower the Aboriginal flag to half-mast in her honour – in line with other official flags – drew some criticism, as did the decision to suspend parliament for a fortnight. A promise to rename a Melbourne hospital from an Aboriginal word, Maroondah, to Queen Elizabeth II Hospital has been attacked as “tone deaf”.

The decision by the Australian Football League Women’s against mandating a minute’s silence for the Queen last week because it was Indigenous Round, will probably not go down with the new king of England.

The death of Queen Elizabeth II and the rise of King Charles has ushered in a new era for the British monarchy, with the descendants of slaves in Britain’s former colonies calling for reparations. Reparations are a challenging task because of the sheer number of countries that would have their hands out, and the potential effects it can have on those countries that agree to meet the demanded amends.

This fact does not render the idea immediately redundant but calls for a discussion or debate on the issue. Several countries have been calling for reparations for decades, including those contributing to the mess of their country for which they cannot blame the British monarchy, or any other country for that matter.

Australia has had its own constitution since 1901- a fat many critics of those campaigning for reparations use against them in arguing that it’s their duty to address their own internal issues without pointing fingers. Opponents of that view argue that one hundred and twenty odd years is not enough to erase the scars of colonialism on its shores. That argument doesn’t not wash with many, but the need for reparations is strongly held and shared by too many individuals and groups in Australia. How justified those calls are, is another question.

King Charles is in no mood to engage in the idea of reparations. Not after news that people have been protesting against the monarchy right after his mother’s death, and that some have actually been celebrating her passing. Who in King Charles shoes would do anything to please such people? Very few, but the calls will not die away and will have to be confronted head on at some point. Whether the new King ever accommodates the issue remains to be seen. 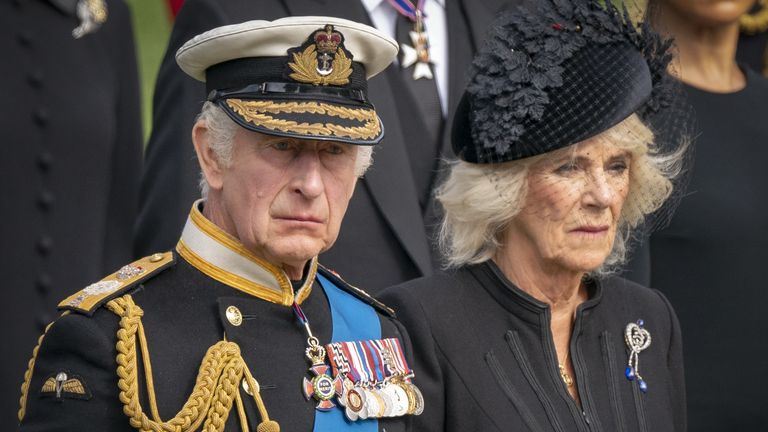 Britain officially abolished slavery in its empire in 1833, though the Slavery Abolishment Act didn’t take effect until Aug. 1 the following year. That date is now marked as Emancipation Day in former British colonies.

The British government of the day £20m, more than £1.7 billion ($2.75 billion Cdn) in today’s currency, according to the Bank of England’s inflation calculator to free an estimated 800,000 slaves throughout the Caribbean, as well as in South Africa and Canada.

pursue reparations from Britain and other countries responsible for transatlantic slavery, including Portugal, Spain, the Netherlands and France.

The CARICOM(Carribean Community) Reparations Commission (CRC) was set up in 2013 to pursue reparations from Britain and other countries responsible for transatlantic slavery, including Portugal, Spain, the Netherlands and France.

It is made up of 12 member nations, of which six still recognize the British monarch as head of state.

The commission created a 10-point plan for reparatory justice that includes a “full formal” apology, psychological rehabilitation for intergenerational trauma, debt cancellation, the establishment of museums and cultural heritage institutions, and a repatriation program to resettle the descendants of slaves who wish to return to their ancestral homelands.

The call for an apology in relation to slavery is old, but European governments have not warmed up to the idea. They see nothing to apologise for because they did not commit the crimes of slavery. Those calling for an apology feel they should do it on behalf of their. ancestors. The unspoken dispute has been stalemated for years, and not even discussed with

Jamaican Prime Minister Andrew Holness who called the King’s mother, Queen Elizabeth, a “global matriarch” and “a close friend of Jamaica” upon her death on Sept. 8 has made it clear he would like Jamaica to become a republic following the Queen’s passing. His country has also in the past called for reparations.

The mass protests by Australians on Thursday as the British Monarchy was observing an extra week of mourning showed just how powerful and significant the Queen’s death is, and the conflicting impact it had on different people.

Some protesters made no secret of the fact they were celebrating the queen’s death because of the opportunity in provides for the country to break away from its historical affiliation with the Monarchy.

There is also the argument that many countries colonised by Britain have long had their independence but failed to make meaningful progress for their countries.

Ghana gained its independence in 1960, Sierra Leone in 1961, Uganda in 1962. Over 60 years later, Nigeria is lawless and in a state of disorder, despite a high percentage of its population being educated high intellectuals. Ghana has made a lot more strides economically in the last few decades. The African country ranked 9th among 47 countries in the Sub-Saharan Africa region, and its overall score is above the regional average but below the world average.

Countries colonised by Britain often blame its colonial masters for the sorry state of its land. While it is not false that countries colonised by their imperial masters may have fared better today had they not been enslaved, most complainants of slavery fail to recognise just how widespread slavery was in history. The fact very few countries today can say they never indulged in slavery on a mass scale in history, says a lot in itself.

The issue for many countries affected by colonialism is that their experience was more recent and they benefited less from slavery compared with Britain, for example.

Like the Caribbean Island, Australia wants to be free of the constitutional monarchy a wants Britain to formally apologize and makes reparations for slavery.

Jamaica is but one of several former British colonies in the Caribbean seeking atonement for the enslavement of millions of people and the enduring legacy of that horrific era.

Months before Charles became king, he spoke of his “personal sorrow” while attending a Commonwealth Heads of Government Meeting in Kigali, Rwanda’s capital.

Prince William, the heir apparent to the throne, made a similar remark during his visit to Jamaica in March. Australia has had problems with the idea of celebrating the Queen’s life because of history, regardless of the fact she was just a figure head.

There is nothing to show whether calls for reparations will ever be given a platform to execute the demands, but it is clear that the idea of an apology for slavery committed by many centuries ago is unlikely to come from any current European leader.

With the king only recently on the throne, the idea of reparations is the last thing on his mind. At some point in the future, he may be forced to say something about it, or just keep the traditional stiff upper lip, and say nothing at all.