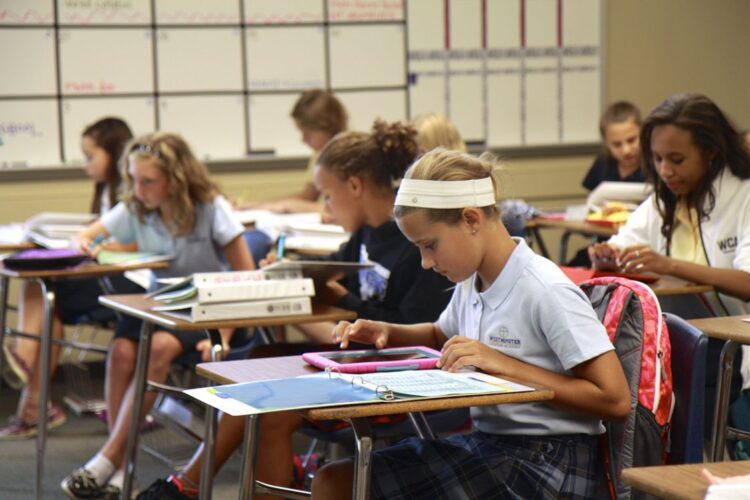 The Independence school board  of Missouri on Tuesday agreed to explore the idea of transitioning to a four-day instructional week.  It follows the retirement or resignation of several teachers over the mounting stress and heavier workload. And many have argued that years of being underpaid and underappreciated, heightened during the pandemic, continue to drive teachers to quit.

Missouri  is bordered by eight states, with Iowa to the north, Illinois, Kentucky and Tennessee to the east, Arkansas to the south and Oklahoma, Kansas and Nebraska to the west

The board unanimously voted to explore the idea of a four day week schooling period in line with a growing trend of more Missouri districts adopting shorter school weeks. Independence Superintendent Dale Herl told the board that the district’s study would be a long process which would see the change implemented in the next school year, if eventually implemented .

In 2019, the Economic Policy Institute, a nonprofit think tank, estimated that by 2024, the U.S. would need more than 300,000 teachers to fill the demand for educators nationwide.

Several factors have worsened the problem in the last two years: Teachers have retired or walked away from the profession citing the coronavirus pandemic, higher levels of disrespect from students and parents, excessive lesson planning and safety concerns among other things.

Dr. Christy Foust, a former teacher, said a low salary was just one factor that drove her out of the profession.

“Would you stay in your job if you’re not paid enough based on your education and your experience?” Foust told ABC affiliate WFTS in Tampa, Florida.

Many U.S schools have been promoting strategies that “remove or relax barriers to entry” to quickly bring new people into the teaching profession.. New Mexico is replacing subject skills tests with a portfolio to demonstrate effective teaching skills.

The idea of a four day schooling week will appeal to unenthusiastic pupils who would relish the extra free day, but one which could pose a problem  for  many parents who will not want their children lurking around passing time on days they don’t have to go to school.

They may have to find baby sitters for children in elementary school and tutors for older children in high school to keep them safe and productive on those days, The idea is already popular in many U.S schools, and has a high chance of being implemented.

Missouri ranks at the bottom of states for average teacher starting salaries, according to a report from the National Education Association. Herl warned that exploring the idea of a four-day week will take time for such tasks as evaluating schedules and employee pay. Several school board members emphasized that employees, parents and others should have a say in the process.

“This is about attracting and retaining staff,” Herl said. “All you’ve got to do is turn on the TV. It seems like the last week to two weeks every other story, whether it’s on CNN or locally, they’re talking about teacher shortage. Or the bus driver shortage, which we’re experiencing.”

Close to a quarter of Missouri school districts in rural areas, have moved to a four-day school week over the past decade, according to state education department data. Some have tacked on an extra half-hour or hour to the end of the school day, so that they continue to meet the number of instructional hours required by the state.

School districts are working to be competitive ahead of this coming school year, by offering bonuses, higher pay and incentives to attract staff. And across the country, several school districts have considered moving to four-day school weeks, hoping that the change would incentivize more employees to consider working and staying in their districts. It’s a move that several corporations also have made in recent years amid labor shortages.

While students would only be instructed four days a week, he said it’s possible that the fifth day could occasionally be used for professional development. He said that the biggest question he is receiving is about child care, and how working parents would manage having students home an extra day. “That’s one of those things we’ll put a lot of thought into,” Herl said. “I think COVID changed a lot of things. More people work from home. More people have flexible work schedules.”