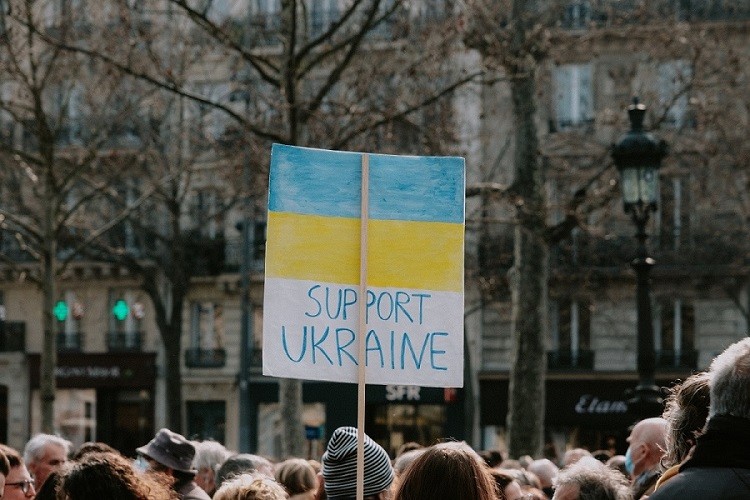 Generosity and goodwill has accompanied the Home for Ukraine Scheme which has seen a number of brits accept a modest £360 a month to accommodate Ukrainians fleeing the horror of war sparked by Russia.

A new ONS study coming as many of the first arrivals approach the end of the mandated period, found an overwhelming majority of brits accommodating Ukranian refugees happy to continue beyond the agreed six months period.

Not all shared those feelings , with  26 per cent of current hosts wanting their guests not to  stay beyond six months, or eve leave earlier, while a further 23 per cent said they were willing to extend their hosting commitment for up to 12 months.

The scheme which  was set up by the Uk  government to help those fleeing Russia’s invasion of Ukraine, and worked alongside the Ukraine Family Scheme to help refugees to join relatives already living in the UK provides some encouraging feedback, but also  reveals long term challenges in sustaining the arrangements for a portion of those surveyed.

An estimated 75,000 Ukrainian refugees have already arrived in the UK through the Homes for Ukraine scheme, which asked sponsors to house refugees for a minimum period of six months in return for a £350-a-month payment to help offset their costs.

However,  a new ONS study, which comes as many of the first arrivals approach the end of the mandated period, found 26 per cent of current hosts wanted their guests not to  stay beyond six months, or eve leave earlier, while a further 23 per cent said they were willing to extend their hosting commitment for up to 12 months.

Six out of 10 sponsors said they were happy to accommodate their Ukrainian guests for more than the agreed minimum with almost a quarter saying they would be prepared to continue the arrangement for more than a year.

However, almost all sponsors said they had provided support and help to their guests that went beyond the official arrangement.

Eight out of 10 said they had given them food, two-thirds had helped them find work and 45% had provided financial support.

The ONS research also found that 18% of those signed up for the scheme were still waiting for guests to move in.

Sponsors currently receive £350 a month but the survey found four in 10 might be prepared to host for longer if there was more financial help.

The ONS surveyed all UK adults registered with the scheme as of 7 July, in collaboration with the Department for Levelling Up, Housing and Communities (DLUHC), with 17,702 people responding.

Recent government figures show 145 placements have ended with Ukrainian refugees finding themselves homeless, 90 because the relationship broke down and 55 where the accommodation was deemed unsuitable before they moved in.

“We see a lot of generosity and goodwill in what hosts report doing for their guests,” Tim Gibbs, from the ONS, said.

“The majority are still hosting and many indicate a willingness to host beyond the initial six months.

“However, we also see the additional work and expense involved in hosting with some saying more or ongoing support would be welcomed.”

Refugees minister Lord Richard Harrington said the vast majority of sponsors wanted to provide support for longer than six months which was a “testament to the goodwill the British public has shown the people of Ukraine since tanks first rolled across the border”.

Sponsors would continue to receive thank you payments for up to 12 months and the government is contacting hosts to outline the next steps and support available, he said.

“We initially asked sponsors to host for a minimum of six months and we are working closely with councils to ensure Ukrainians have a safe place to live if they decide to move on,” Lord Harrington said.

It is now believed that higher financial incentives may be necessary to urge those many families who do not wish to continue to house Ukranian refugees  in order not to lose to many refugees to homelessness.

Raising the financial incentive is something the Uk government is likely to consider in light of the latest findings, but the report so far is not bad, and rather shows brits to  have been quite generous.