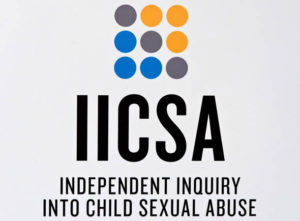 An independent inquiry into child abuse has ruled that children’s home workers should face the same professional registration requirements as for social workers.

At present, there is no requirement for home worker’s at children’s homes to be registered, leaving vulnerable children open to abuse.

The report stated that children in residential settings were “particularly vulnerable to abuse by adults” working in them. Up until now, social workers have been the only staff working in residential homes who required to be registered.

In Wales, Scotland and Northern Ireland, it is mandatory for children’s home workers to be professionally registered. The report said:

“There is no requirement for individual care workers, other than social workers, to register with an independent body charged with raising standards within the profession and supervising their fitness to practice. Regulation of a care setting by an independent inspectorate complements effective professional workforce registration ‒ it does not replace it,” the report said.

The report added that the Care Standards Act 2000 which provides the legislative groundwork to register these professionals was never enacted, but subsequently amended. The inquiry called on the government to address this issue urgently.

The call for the government to address the situation came as a “significant proportion” of victims and survivors participating in The Truth Project said they had been abused by people in a position of trust.
The report revealed that:

“Nearly one in three (28%) were abused by family members and around a quarter (23%) have said that they were abused by teaching or educational staff,” the report revealed.

A further twenty percent claimed to have been abused by perpetrators like friends of the family or trusted members of the community. It stated that nearly one in eight (12%) had indicated that they were abused by other professionals, such as medical practitioners, social workers, and police.”

An emerging theme identified by the inquiry was that common ways of thinking about child sexual abuse had “deflected responsibility away from perpetrators and institutions”, denied harm and failed to accept abuse had taken place.

It said open and honest leadership and discussion about child sexual abuse was needed within institutions to effectively tackle it.

The inquiry has also heard how adult victims struggle to access records relating to their childhood.
“Often victims and survivors are seeking access to records to help them understand how the abuse they suffered happened or why it was allowed to continue. The inquiry has heard of instances where records were not created in the first place or have now been lost or destroyed. This can be distressing to victims and survivors, and can lead to perceptions of cover-up,” the report said.