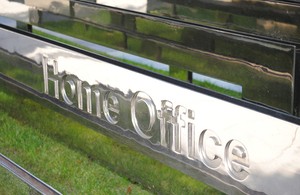 The Home Office has said they are planning to treat domestic abuse and sexual offences as seriously as knife crime and homicide, in its drive to end violence against women and girls.

Changes to legislation currently being considered in Parliament will make proposals for a new legal duty requiring public bodies to work together to tackle serious violence which will also include domestic abuse and sexual offences.

The Home Office has not said whether they intend to increase sentencing to match that of knife crime in any capacity- the plans are still in progress, but will require greater details of how they intend to establish law.

The UK government said that introducing a Serious Violence Duty will improve wholesale understanding of the drivers of serious violence and help prevent future crime and tragedy. It will mean that police, government, and health bodies must collaborate locally, so that they can develop more holistic strategies to protect people from harm, including through early intervention.

Yesterday’s announcement bolsters the government’s recently-published strategy for ending violence against women and girls, which takes a whole-system approach to tackling this abhorrent crime. The government has been clear that all responsible parts of the public sector must raise the bar in the handling of domestic abuse and sexual violence cases.

The change to the Serious Violence Duty will be made via an amendment to the Police, Crime, Sentencing and Courts Bill, following careful consideration and widespread support from campaigners – including the Domestic Abuse Commissioner.

Domestic violence is broad and takes many forms, including sutsained verbal abuse against the victims of  domestic violence . The Domestic Act 2021 includes physical abuse, emotional abuse, threatning or corcive behaviour and psychological, emotional or other abuse.

Bail conditions are often given by the police to the offending party , or injunctions by the courts, but these are many times broken by the offender or the victim, in many cases leading to disaster, including homicide.

‘Any instance of violence towards another human being is sickening and it is incumbent upon all in authority to try and prevent it from occurring.

There are numerous public sector bodies and agencies with a responsibility to protect young and vulnerable people from harm – and they must get better at working together to deliver for them. That is exactly why the Serious Violence Duty is so important.

Following tireless work on this important issue by Baroness Bertin, I am bringing forward changes to the Police, Crime, Sentencing and Courts Bill to make clear that domestic abuse and sexual offences – which do untold and often long-term damage to victims – can be included in local strategies for tackling serious violence.

‘I am delighted that the Home Secretary, Priti Patel, has listened and taken this decision which marks a huge step forward in the government’s approach to tackling domestic abuse and sexual violence.

It sends a very clear message to victims and survivors that tackling and preventing domestic abuse and sexual violence are top priorities and not optional extras. This amendment will ensure there is an early intervention, public health focused approach to tackling serious violent crime’.

The Home Office has not said whether the seriousness with which they intend to treat domestic violence on the same level as knife crime will include sentencing.