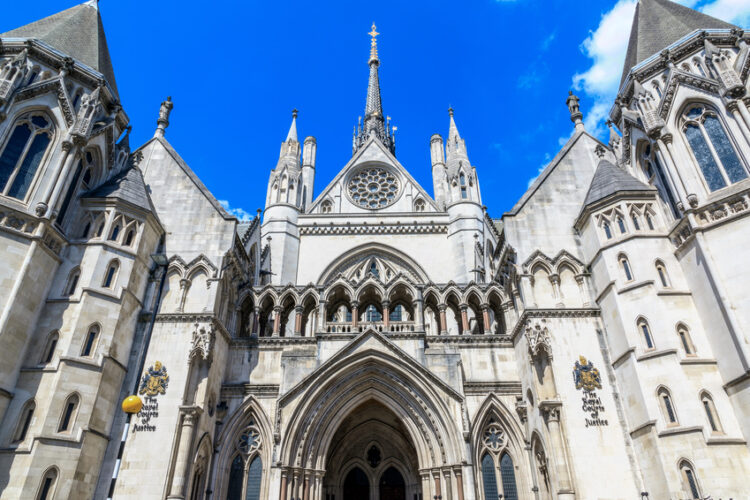 The High Court has dismissed a judicial review brought against the lord chancellor over immigration detainees’ access to justice.

In a case that had been brewing for a while, the High Court finally ruled that the grounds brought against the Lord Chancellor was lacking in relative substance, and mainly revealed negligent or inadequate advice presented by providers to those who needed them.

Research showed that the  level of legal representation was found to be higher than in previous years with 64% of those surveyed stating that they have an immigration solicitor (69% of those were represented by legal aid solicitors).

Interviewees painted a damning picture of the quality of the legal advice surgeries, with a high percentage of those stating to have sought legal representation claiming they were not supported legally at all.

Of the 51 individuals who made a legal advice surgery appointment with the duty solicitor, only 12 were given specific advice about their case. There were 12 individuals who were told by the solicitor that their case couldn’t be taken on because of reasons to do with eligibility for legal aid, and none had been informed of the possibility of applying the Legal Aid Agency for Exceptional Case Funding. Only 43.1% of individuals who currently have a solicitor said that their solicitor had applied for bail.

Many of the  interviewees complained that the duty solicitors lacked knowledge and were not helpful, and one told us that they had not bothered to make an appointment after being repeatedly told by other detainees that it would be a waste of time.

Half of those who did not have a lawyer said that it was because they couldn’t afford one (or weren’t eligible for legal aid.

22 individuals said that on at least one occasion in the past they had been forced to change solicitor as a result of being moved from one IRC to another. Over 50% of those waiting to see a solicitor said they had waited over a week to secure an appointment with one.

About 80% of  individuals who said that they had used the internet to research their case, claimed that  that blocked websites in detention had made this more difficult

In September 2018 the Legal Aid Agency made significant changes to the contracts governing the provision of legal advice at surgeries in detention centres. There was a significant increase in the number of providers of immigration advice, and where under the previous contracts a single firm would have provided around 20-25 weeks of legal advice surgeries, now each firm will run surgeries over one or two weeks year in any given detention centre.

The vast majority of providers have never run DDA surgeries in the past and lack experience of detention work, and are not running surgeries regularly enough to develop expertise in this area. BID is concerned that this has contributed to a decline in the quality of advice.

Once again a major concern was the complete lack of legal aid immigration advice in prisons. Out of 43 people in the survey who said that they were held in prison before being moved to a detention centre, only 3 (7%) had received immigration advice whilst in prison. One interviewee, who had been forced to challenge his deportation by using the prison library to familiarize himself with immigration law, said that ‘help in prison is non-existent for immigrants’.

The campaign group alleged the lord chancellor ‘failed to utilise his powers … to deal with serious failures in the DDAS’, which allowed firms with little or no experience of immigration law – some of which were said to be ‘incompetent’ – to advise detainees, in breach of his duty under the Legal Aid, Sentencing and Punishment of Offenders Act 2012.

However, Mr Justice Calver today ruled that ‘the operation of the DDAS is not unlawful’ and dismissed Detention Action’s claim.

The judge said that ‘the direct impediment to effective access by the detainees to the courts and tribunals (if any) arises from the (allegedly) negligent or inadequate advice given to them by certain providers’.

The setting and monitoring of standards under the DDAS scheme ‘does not constitute in itself the imposition of an obstacle to effective access to the courts’, Calver said. ‘On the contrary, its purpose and likely effect is to prevent or mitigate the risk of such impediments’, he added.

Calver also held that on the evidence before the court, Detention Action had not established that there was ‘a real risk of an impediment to access to legal aid [which] has been created by the operation of the defendant’s monitoring scheme’.

‘However, the system for ensuring people facing removal from the UK get good quality advice about their rights remains dysfunctional and inadequate, which is why we are considering our response to this judgment and our next steps carefully.’

A Ministry of Justice spokesperson said: ‘We welcome the outcome of this case.’