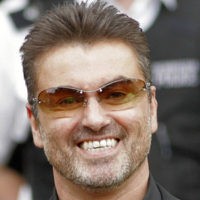 George Michaels death should serve as a warning to drug addicts.

Drug addiction is the downfall of many talented  people. From Whitney Houston to Aimee Winehouse to George Michael, drugs is the one unbiased killer.

It can happen through the eventual degradation of the human body or an overdose, as is believed to be the case with George Michael.

Other times, an addict can be given ‘ bad gear’ through negligence or deliberate plan to sell very strong drugs to their client or clients.

Another possibility is for a spiteful dealer or one hired to poison or kill, could easily set addicts up for death.

Celebrities Should Be Role Models

The risks that accompany drug addictions are just too many. Celebrities  who are meant to have achieved the pinnacle of success, should be role models.

Too often, they are the opposite, bringing shame upon so called stars. George Michael was a talented and celebrated star, but lacked good judgement.

His  habit of purchasing ‘ champagne’, his code name for drugs, eventually led to his death.

George Michael’s Obsession Was His Downfall His obsession for sex and drugs was so big a downfall it almost makes mockery of his musical legacy. However, it doesn’t and cannot take away the impact of his music and his unique talent.

Addicts should still take a second look at their lives and ask themselves what it will take to beat their addiction. Because no amount of money or fame can compensate for ill health or death.

Addicts who are determined to kick their habit must go to every length to achieve this. Even if it means hiring someone to monitor them. It will be worth every dime. Money is potentially an instrument of achievement.

It should broaden the options for people to achieve anything, including beating addiction. This is often not the case in Practise, but that’s  probably because those with money don’t try hard enough.