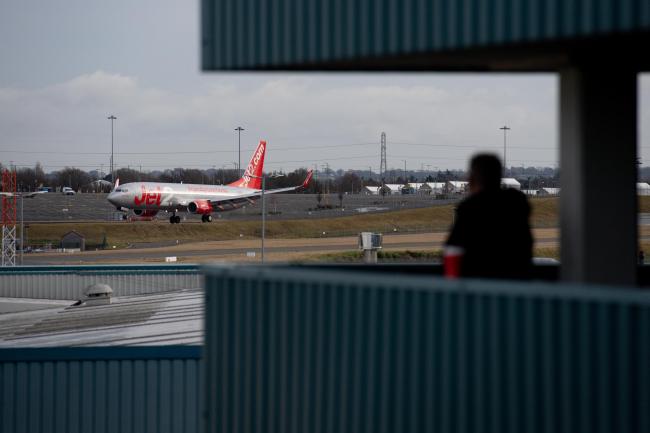 The UK government is considering a full closure of  its borders in a bid to control the spread of coronavirus. The serious plans are expected to consider all the potential consequences of such a move, at least in financial terms.

A decision as radical as that would mean refunding all those who have booked trips to the UK in advance of the announcement. and cause added disruption to the aviation industry;

The revelation comes after the closure of its travel corridors on Monday. to prevent any more strains of the virus getting into the UK.

The British government announced at the time that all travel corridors with the UK will be suspended – meaning that all international arrivals who have departed from or transited through any country outside the Common Travel Area in the previous 10 days will be required to both take a pre-departure test, and self-isolate immediately for 10 days on arrival.

The government explained the urgent action as being in response to increasing concern over the transmissibility and virulence of new strains evolving internationally.

In reference to an entire closure of the border, environment secretary George Eustice told Sky News this morning,  ‘We always keep these things under review and it’s been considered. There is concern at the moment about the number of mutant strains there are, concerns that there’s a risk that one day there will be a strain that might be able to evade the vaccine.’

That’s why last week the PM toughened up the current restrictions, we think that’s the right approach for now, but it’s something that we’ll keep under review. We can’t rule anything about but for now [the new restrictions] we think are sufficient.

He told Sky News, ‘Once we get all of those vulnerable cohorts vaccinated… I think it will be possible to return to life much closer to normal.’

Eustice further emphasised that the government is constantly reviewing things when asked when the country can expect to come out of lockdown.

“There is concern at the moment at number of mutant strains that there are – different strains of this coronavirus are cropping up in other countries.

“There are concerns that there is a risk that one day there will be a strain that might be able to evade the vaccine.

“That’s why last week the prime minister toughened up the current restrictions.

“We require a test before people travel and then they must quarantine while they’re here.

“There are now no exemptions from that policy, so we’ve already toughened it up – we think that’s the right approach for now but, obviously, everything is always kept under review.”

Some senior cabinet ministers are now pressuring the prime minister to close Britain’s borders and copy the tough travel measures in place in countries such as Australia and New Zealand.