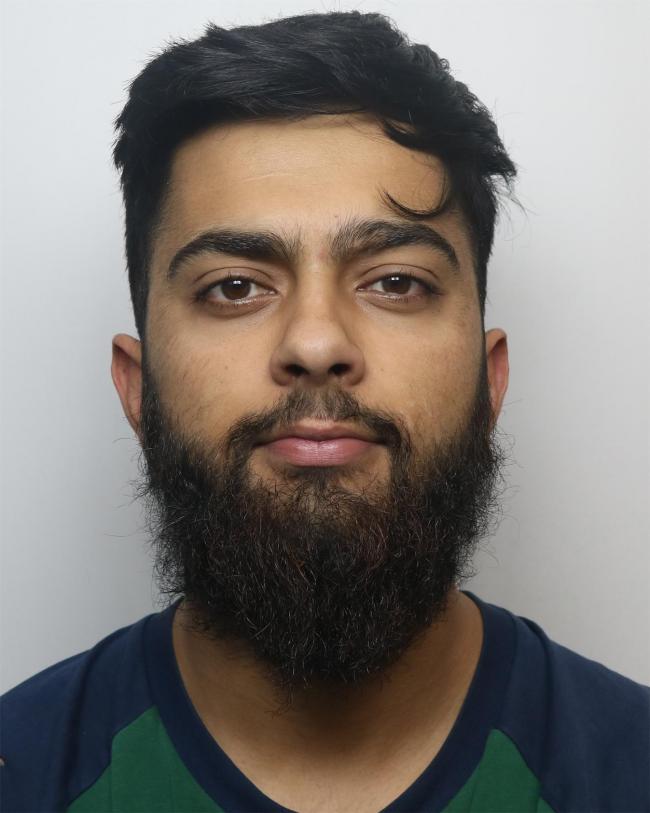 An unscrupulous tyre fitter has been jailed for four year, after kidnapping a schoolboy and demanding a £10,000 ransom from his mother.

The shocking story of a brazen kidnap accompanied by blackmail , mortified even the parents of the criminal who sat in court and heard the horrifying story of how their family member subjected a teenage boy to a terrifying ordeal  in which he was assaulted, robbed, and then intimidated to call his mother to fork out a huge sum of money.

The child, who cannot be named for legal reasons,  was bundled into a car driven by Muhammed Khubaib and he was crying when ordered to tell her to hand over the money or “he wouldn’t be coming home.”

Khubaib, 22, (pictured)from Bradford, pleaded guilty to kidnapping the boy from outside a takeaway in the city in May and making an unwarranted demand of £10,000 with menaces.

Prosecutor Laura McBride told Bradford Crown Court today that the teenage victim was targeted because the gang of four kidnappers believed he had recently come into some money.

Khubaib drove his accomplices to the takeaway in his Toyota Auris, where they waited patiently for the boy to come out  unto the street.

One of Khubaib’s passengers then approached the boy, put his hand over his mouth , and ordered him with a punch to get him into the car.

The boy was  then bundled into the back seat between two of the kidnappers.

The kidnapper was traced after a customer at the takeaway took note of  the registration number of the car and called the police for the foolish thugs.

Once in the car, Khubaib  turned round and hit the innocent boy in the face with a glove filled with sand.

His mother was called and the boy told her to draw out the money.

They agreed to hand back the bag and the phone in return for £900 but they never did, Miss McBride said.

After Khubaib drove to the teenager’s address, his  frightened mother handed over the £900. He was then freed from the car.

The kidnapper was traced after a customer at the takeaway took note of  the registration number of the car and called the police for the foolish thugs.

The boy was eventually forced to move out from the Bradford area, in order to avoid the possibility of reprisals arising from the  criminal prosecution to follow.

“He’s learned the hard way that you are the company you keep,” he told the court.

Mitigating for Khubaib, his barrister,Shufqat Khan said he was from a very respectable family who were “distraught and mortified” by what he had done but were in court to support him.

“He’s learned the hard way that you are the company you keep,” he told the court.

“He may have been carried along by more criminally minded associates,” Mr Khan said.

The Recorder of Bradford, Judge Richard Mansell QC, said Khubaib and his associates watched the boy, waiting for the moment to strike.

Khubaib was “a prime mover” driving the child away and hitting him in the face with the sand-filled glove.

The boy had now moved out of the area and felt he had lost control of his life, Judge Mansell said.

Khubaib’s prison sentence was to punish him and to deter others from committing similar crimes.