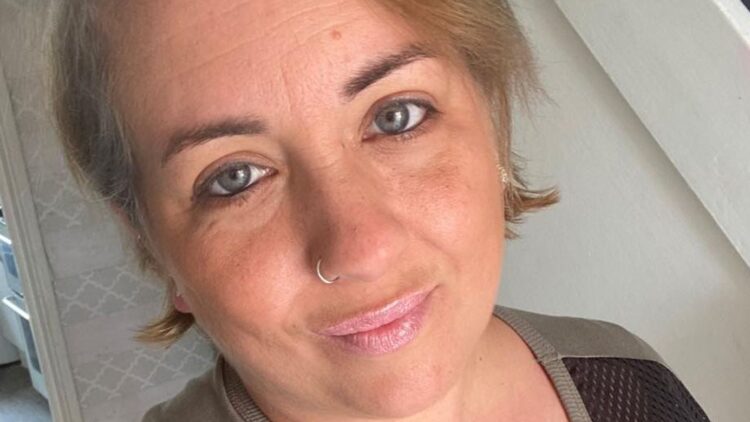 A woman paedophile has been jailed for life after she committed “shockingly depraved” sexual abuse, including the rape of a girl.

Vicki Bevan “instigated and organised” the abuse of the young victim , who is under 10 years old , with two men; Paul Rafferty and Tony Hutton, the Crown Prosecution Service (CPS) said.

The trio, all from St Helens in Merseyside, were all  involved in the “systematic abuse” of the girl from 2019 until 2021, the CPS added.

Images of the abuse, including the rape, were found on Bevan’s phone and were shared between her, Rafferty, 62, and 42-year-old Hutton.

Bevan also shared the images more widely on the Kik Messenger platform and instigated conversations with the two men about the “sexual abuse, rape and torture of the child”, the CPS said.

At one point, she was asked by one of the men if she had any boundaries and answered: “No, none at all…”

The abuse came to light  after a  fourth man was arrested on suspicion of possessing indecent images of children.

His phone was examined and images of the abuse carried out by Bevan were found.

A video was also recovered by the police showing the 37-year-old woman sexually abusing the child.

Prosecutors said the “level of depravity… shocked the CPS team that worked on the case”.

Rafferty was jailed for 10 years, with four years extended licence, after he pleaded guilty to nine sexual offences, including the rape of the child.

Hutton was handed a prison term of four years after admitting four sexual offences including the sexual assault of the child.

Delivering his sentences, Judge Andrew Menary QC said the scale of depravity in the case “beggars belief” and it was likely the victim would suffer “severe psychological harm”.

At a previous hearing, the judge said “just when you think you have heard the worst, another one comes along”.

He added: “Of particular concern to the court is the fact that there are exchanges of messages which are shockingly depraved fantasies.

“And they did not remain as fantasies, some of these were played out in real life.”

When officers raided Bevan’s home address, laptops and a mobile phone were found with several indecent images of children that were shared with Hutton and Rafferty, Merseyside Police said.

Following the sentences, senior Crown prosecutor Pauline Newrick said it was “one of the worst cases” she had ever been involved in.

“If (Bevan) had not been caught, no doubt she would have continued arranging for this young girl and potentially others to be abused by herself and men in the most horrendous way,” Ms Nerwick added.

“They repeatedly subjected them to deplorable offences, and we welcome the lengthy sentences given out by the court today.”

Before the sentencing, Judge Menary said any “blame sharing” claim by Bevan in her defence, that she was “led on” by the others, would not be accepted.

At a previous hearing in March, Bevan laughed and smiled with the prison officers in the dock before wiping away tears with a white tissue when the judge came into court.

THIS is one of the worst cases I have been involved in,” a Senior Crown Prosecutor said, as she welcomed the sentencing of child abusers Bevan, Hutton and Rafferty.

Vicki Bevan, 37, Tony Hutton 42, and Paul Rafferty, 62, who are all from St Helens, appeared in the dock at Liverpool Crown Court today (May 13).

Overwhelming images of the abuse, which included rape, were found on Ms Bevan’s phone.

Bevan, of Newtown, St Helens, was given a life sentence, and must serve at least 10 years and 44 days in prison before being eligible for parole.

The judge stressed this is a “life sentence” and the minimum time to be served is “not a fixed term but is the initial term before the Parole Board can undertake a first review”.

Rafferty Rafferty, of Fry Street, Parr, was given an extended sentence, consisting of a 10-year custodial term and four years on licence.

Senior Crown Prosecutor Pauline Newrick, a specialist prosecutor with CPS Mersey-Cheshire Rape and Serious Sexual Offences (RASSO) unit, said: “This is one of the worst cases I have been involved in, in my time at the Crown Prosecution Service.

“There are certain cases that it is difficult to get out of your waking thoughts.

“This is a woman who has gone out of her way to satisfy her own sexual needs and those of men she communicates with online by abusing a young girl.

“If she had not been caught, no doubt she would have continued arranging for this young girl and potentially others to be abused by herself and men in the most horrendous way. “She has not confined herself to the actual abuse – she has encouraged others to participate. What woman could do that to a child?”

Pauline added: “This is the world that a CPS RASSO prosecutor lives in, in their daily work and it is not easy to deal with cases like this, day in and day out.

“We do it because we care and because we want to achieve justice for the victims who are subjected to the brutality and depravity of the offenders.

“An innocent child is at the heart of this case – a child who was dragged into the depraved and sordid world of these three people who could have tried to protect her.

“That child is now receiving the care and support she has a right to expect. We hope this successful conclusion of this case helps her in the long journey ahead.”

Merseyside Police have also welcomed the sentencing, branding the crimes as “deplorable”.

“They repeatedly subjected them to deplorable offences, and we welcome the lengthy sentences given out by the court today.

“Thanks to our extensive investigations with St Helens Social Services these three despicable offenders are all behind bars where they pose no further risk to other children.

“I would like to thank the detectives and social workers on the investigation team who have worked tirelessly to support the victims of Bevan, Rafferty and Hutton and gather evidence to bring them to justice.

“It proves that Merseyside Police are completely committed to protecting children from sexual abuse and those who seek to do them harm.

“If you have experienced any form of sexual abuse, or know of a child being abused, please come forward and report this to police.

“We have a specialist team committed to dealing with all forms of child abuse, who will treat any information from you extremely seriously, and will follow up every report and any information that comes in, so please report this to us.”

“I can assure anyone who reports such offences that you will be treated with the utmost sensitivity and fully supported through the entire process.”