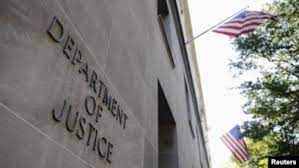 The US justice department secretly issued a subpoena to gain access to details of the phone account of a Guardian reporter as part of an aggressive leak investigation into media stories about an official inquiry into the Trump administration’s child separation policy at the southern border.

Leak investigators issued the subpoena to obtain the phone number of Stephanie Kirchgaessner, the Guardian’s investigations correspondent in Washington. The move was carried out without notifying the newspaper or its reporter, as part of an attempt to ferret out the source of media articles about a review into family separation conducted by the Department of Justice’s inspector general, Michael Horowitz.

US government officials  rarely seek to obtain a journalist’s phone details in this way, especially when no national security or classified information is involved. The subpoena came from the DoJ’s inspector general’s office – the watchdog responsible for ethical oversight and whistleblower protections.

Katharine Viner, the Guardian’s editor-in-chief, decried the action as “an egregious example of infringement on press freedom and public interest journalism by the US Department of Justice”.

She added: “We will be asking the DoJ urgently for an explanation for why and how this could have occurred, and for an apology. We will also be seeking assurances that our reporter’s details will be erased from DoJ systems and will not be used for any further infringements of press freedom.”

The leak inquiry was conducted on behalf of the DoJ by the inspector general’s office of an outside government department, housing and urban development (Hud).

Its investigation is centred on allegations that an employee within the DoJ’s inspector general’s office had leaked sensitive information to three news outlets – the Guardian, the New York Times and NBC News.

The Guardian was the only publication of the three outlets to have a subpoena issued relating to its reporter’s phone account.

The move was carried out without notifying the newspaper or its reporter. Katharine Viner, the Guardian’s editor-in-chief, decried the action as “an egregious example of infringement on press freedom and public interest journalism by the US Department of Justice”.

The Guardian published two sensitive reports by Kirchgaessner within the timeframe of the DoJ review into child separation covered by the leak inquiry. On 23 July 2020 she revealed that the DoJ’s former deputy attorney general Rod Rosenstein had personally advised that migrant parents should be prosecuted, no matter how young the children accompanying them.

On 2 September 2020, Kirchgaessner reported that a senior justice department official nominated by Trump to be a federal judge had participated in the removal of a Texas prosecutor who had sounded the alarm over child separation.

On Thursday, the investigative reporter Jason Leopold released a redacted version of the Hud leak inquiry report obtained under freedom of information laws. It revealed that leak investigators had reviewed evidence of 127 phone calls totalling about six hours in length with “phone numbers identified as belonging to reporter Stephanie Kirchgaessner of the Guardian”, and an additional 126 phone calls about six hours and 20 minutes “with a phone number identified as belonging to the Guardian generally”.

It said that “basic subscriber information” had been obtained involving “names, addresses, and length of service only” and “not the contents of communications”.

Child separation was effected in 2018 under the Trump administration. Known officially as “zero tolerance”, the policy ordered federal prosecutors to act against undocumented immigrants entering the US unlawfully even when minors were present – a reversal of previous practice which had spared families from criminal proceedings in order to avoid children being separated from their parents.

The policy led to more than 3,000 children being separated from their parent or guardian, and to widespread chaos in which the location of many children became unknown. The much-delayed DoJ inspector general’s report into the practice was finally published after two years, in January 2021.