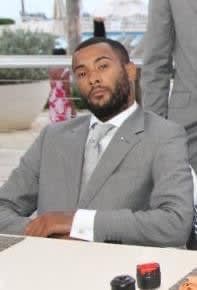 A father-of-three who was shot dead after attending a house party  in SDaouth London has been remembered as a “hard-working family man” who “touched the lives of everyone he met”.

Leroy Mitchell, 35, was fatally shot in a car park on Birdhurst Road, Croydon, south London, in the early hours of October 2, after leaving a silent disco.

Inquirires made by The Eye Of Media.Com confirmed he had just gone to collect something from his car which was parked in a car park, when he was fatally shot.

A family member of Leroy told this publication that the family was devastated, and they had no clue why he was killed.

A statement from the family said: “Leroy touched the hearts of everyone he met. Leroy had such a bright future ahead, seeing his children grow and blossom into strong, positive independent adults.

“It’s heart-wrenchingly difficult as a family to think this has been ripped away from us all. He will be missed terribly.”

Leroy was said to be popular in the area, and his death has annoyed a lot of people.

Detectives investigating the killing are continuing to appeal for anyone who was at a house party in the Birdhurst Road area on Saturday morning, or who saw Mr Mitchell on the night of October 1, to get in touch.

Detective Chief Inspector Katherine Goodwin said: “We’re just over a week on from Leroy’s murder now and our investigation is gathering pace.

“We’re following a number of leads and inquiries but we need the public’s help to bring justice to Leroy’s family.

“Officers would like to speak to anyone who was at that party, which is believed to be a silent disco. Even if you do not think you saw or heard anything significant, please contact police if you were there.

“Leroy was a popular local man and his family and friends have been left absolutely devastated by his death.

“I also want to appeal for any witnesses, anyone with information or anyone who may have relevant dashcam or other footage to please get in touch.”

There have been no arrests made so far.