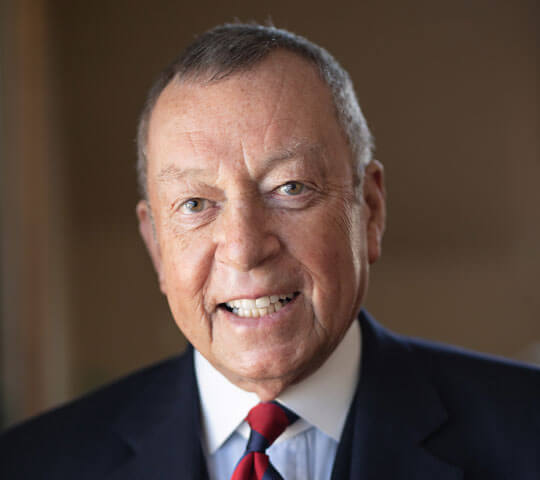 An experienced solicitor who  unlawfully allowed his firm to act as a banking facility for someone committing tax fraud has been fined £30,000 and ordered to pay £35,000 costs, ruling that the SRA’s application for £61,000 costs was ‘not reasonable and not proportionate to the case’.

John Davis,  a sole practitioner with Buckinghamshire firm Davis-Law Associates since 1985, admitted acting for trusts and companies on the instruction of Rodney Whiston-Dew, a non-practising solicitor who was convicted in 2017 and sentenced to 10 years in jail.

The Solicitors Disciplinary Tribunal heard evidence from investigators working for the Solicitors Regulation Authority (SRA)that  17 client matters where Davis’ firm appeared to have acted as a banking facility for clients introduced by Whiston-Dew.

On multiple occasions between October 2012, and March 2018, Davis caused or allowed monies to be paid into or out of the Firm’s client accounts, other than in respect of an underlying legal transaction or a service forming part of the normal regulated activities of solicitors.

As from November, 2017, he failed to adequately or at all  establish the sources of funds received into the client account in relation to a number of entities, including all or any of those named.

In doing so, Davis acted in a potential conflict of interest when he became sole director of the fraudster’s former company, which managed investments, as well as acting for investor clients to recover lost monies.

The dodgy solicitor also failed adequately or at all to establish the source of around £10,000.00 which he received in cash from one of his clients, and he received and transferred funds from a number of third parties without
undertaking any or adequate steps to verify the identity of the payers or properly scrutinise such transactions.

He also  failed to adequately or at all heed a number of “red flag” indicators, including while acting for all or any of the entities named in a written schedule.

On one or more occasions, including on or about 5 May 2015, he caused or allowed a letter to be sent in the Firm’s name to a third party, purporting to confirm certain facts and matters or to give various assurances, without having verified those facts, matters or assurances adequately or at all.

Davis  made similar representations to others who had invested with Mr Whiston-Dew.

On 20 July 2018, the Firm made a payment of £10,000.00 to one of hi. The
Respondent stated that the provenance of those funds was a cash payment from Client C in that amount. Client A and Client C were unrelated.

In respect of other payments received from the Firm, Client A did not know the provenance of the same. She assumed that they were “income” from her
investments particularly given the inconsistency and irregularity of the payments.

She confirmed that she had not been involved in any ongoing transactions under which payments were due and had not sought legal services from the Respondent.

The tribunal said Davis had a ‘misplaced belief in the honesty and integrity’ of Whiston-Dew as well as a ‘misguided intention’ to help his victims.

‘[Davis] was essentially treading his way through the mess caused by Mr Whiston-Dew in a way that was not planned or anticipated but which quickly began to unravel,’ said the ruling. ‘[He] should have known better given his position in the firm and significant experience.’

The SRA said Davis had been aware when Whiston-Dew retired from practice that he provided consultancy services in offshore companies, trusts and tax affairs. Whiston-Dew, who had known Davis for 30 years, then asked him whether he could introduce clients to the firm as his consultancy did not have a client account. Davis told investigators he had seen no problem with this and even viewed it as a chance to safeguard clients’ interests.

Davis, a solicitor since 1978, admitted the allegations against him relating to using his firm as a banking facility and acting in a conflict of interest.

He told the tribunal there was no suggestion he benefitted from the fraud and spent his entire career in practice without any incident or claim on his indemnity insurance. Since the investigation he had improved ‘know your client’ procedures and due diligence within the firm and carries out more rigorous anti-money laundering searches.

He had visited Whiston-Dew in prison to obtain information which could assist clients who lost money and said he had applied to be director of his company to protect their interests.