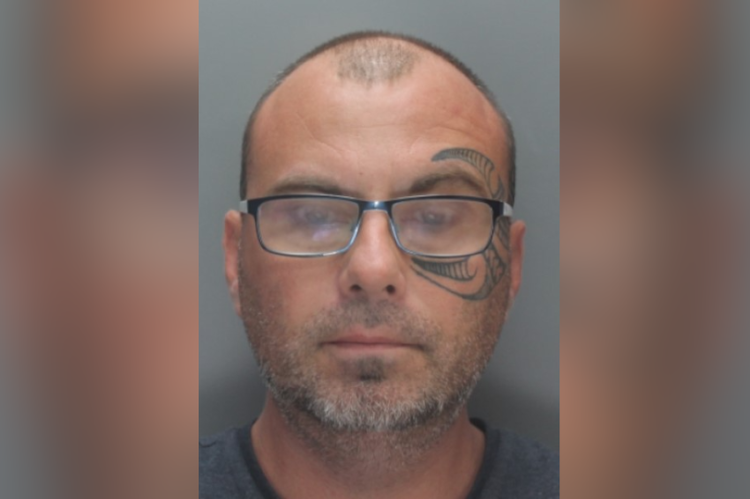 A child rapist’s complaint against a regional daily’s reporting of his case has been partially upheld by press watchdog Ipso.

Mark Jacobson, 44,(pictured) was  found guilty of 16 counts  of serious child offences. He also given an indefinite sexual harm prevention order (SHPO) and was issued with a restraining order and sex offender notification requirement.

Jacobson was also given an indefinite sexual harm prevention order (SHPO) and was issued with a restraining order and sex offender notification requirement.

Jacobson complained to the Independent Press Standards Organisation that Liverpool Echo breached Clause 1 (Accuracy) of the Editors’ Code of Practice in an article headlined “’Dangerous’ child rapist is locked up” published in May.

The story which reported on Jacobson’s conviction at Liverpool Crown Court, stated that he had “raped children and forced them to watch sexual acts.”

It also appeared online under the headline “’Dangerous’ monster raped children and forced them to watch sexual acts”.

Jacobson,  a societal misfit from Bootle, complained that the headline of the online article, and the body of the print article, was inaccurate in breach of Clause 1 of the editor’s code  because the publication had stated that he had raped “children”, contrary to the fact his conviction was in relation to a single child.

Clause 1 of the editor’s code of conduct states that The Press must take care not to publish inaccurate, misleading or distorted information or image

The editor’s code sets out guidelines within  a framework for the highest professional standards that members of the press are expected to undertake. It is the cornerstone of the system of voluntary self-regulation to which they have made a binding contractual commitment.

The code balances both the rights of the individual and the public’s right to know.He also said the headline was inaccurate as it reported that he had “forced” a child to watch sexual acts, when he had been convicted of “showing” a child sexual acts.

The Echo accepted that the story was inaccurate in relation to the number of children to whom the offences related and, on the same day the article was published, amended the online headline to say “’Dangerous’ monster raped child and forced them to watch sexual acts.”

The newspaper also changed the first line so that it read “A monster who raped a child and forced them to watch sexual acts has been jailed for 16 years,” adding a footnote correction that said: “An earlier version of this article incorrectly stated Jacobson raped more than one child.”

After IPSO referred the complaint to the newspaper,  the publication offered to publish a further print correction in its Corrections and Clarifications column in relation to the number of children involved in the case.

The Echo did not accept it had breached Clause 1 on the second point, arguing that a police press release clearly said that he had been found guilty of “causing a child to watch a sexual act and engaging in sexual activity in the presence of a child”.

The Echo considered that this was sufficient justification for the article to report that the complainant had been found guilty of “forcing the child to watch sexual acts”.

However, Jacobson did not accept the amendments to the online article, and the proposed correction as a resolution to his complaint.

In its ruling, IPSO said the newspaper accepted that it had been inaccurate to report that the complainant had “raped children”, as he had been found guilty of offences related to a single child.

The Echo said that the error resulted from a misreading of a police press report.

While the complaints committee considered that this amounted to a significant inaccuracy was significant which required correction under the terms of its code, it said the swiftness of the Echo’s amendment to the online story fulfilled the requirement of for due promptness.

The publication had also offered to publish a correction in print, appearing on the second page in the Corrections and Clarifications column and this was considered sufficiently prominent as the original story had appeared on page 5.

On the second point, the committee said that, where the offence involved a child, and where the complainant had been found guilty of “causing a child to watch a sexual act”, it was not significantly inaccurate for the article to characterise this as “forcing”.

In terms of remedial action, the published correction online put the correct position on record and was offered promptly and with due prominence, so further action was required.

The committee said the proposed correction that had been offered in print should now be published.

The complaint in itself was legalistic and ridiculous because the fact he raped a child makes him capable of raping  other children, even if not detected by the law.

However, the Liverpool Echo should have been factua in its reporting  that the paedo had only  been convicted  of raping one child, though he can rightfully be defined as a child abuser.